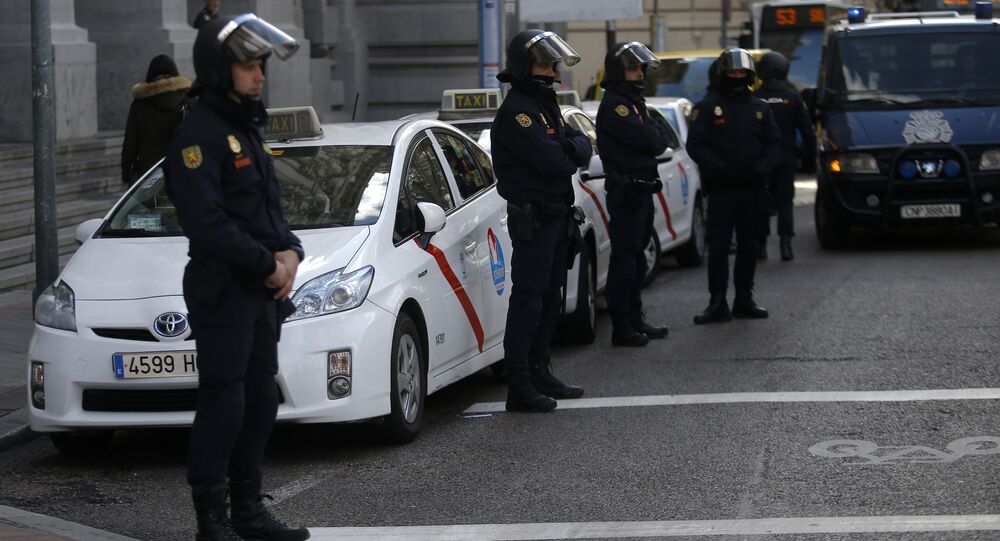 Liverpool FC and Tottenham Hotspur are set to face off on Saturday, 1 June, to vie for the title at the UEFA Champions League final at the Wanda Metropolitano Stadium in Madrid, Spain.

Tempers are running high ahead of the long-awaited UEFA Champions League final in Madrid as the Spanish police ostensibly struck several dozen Tottenham fans with batons at a bar 'for no reason', according to a Twitter post by the Tottenham Hotspur fan page Coys News.

The footage shows the aftermath of the attack by the police, with one officer seen pushing a man on the street.

Police in Madrid have just come into a bar and just battered about 50 Spurs fans for no reason. Many injured. Only caught the aftermath on camera. Fucking disgusting and unacceptable. @THSTOfficial @FSF_FairCop @SpursOfficial pic.twitter.com/o0gouDPbis

​This comes amid several arrests conducted by local law enforcement over a clash between fans in a side street next to Plaza de Felipe II. Twenty police officers were dispatched to stop the brawl. Law enforcement officers reportedly arrested four British nationals for assault, including against the police.

According to reports by locals as quoted by the Daily Star, there was a huge scuffle between four fans. One of them was covered in blood while other three were handcuffed.

Footbal fans have gathered in Madrid as the Spanish capital hosts the UEFA Champions League final game that will see Liverpool FC and Tottenham Hotspur compete for the champion's title.

The game will take place at the Wanda Metropolitano Stadium.