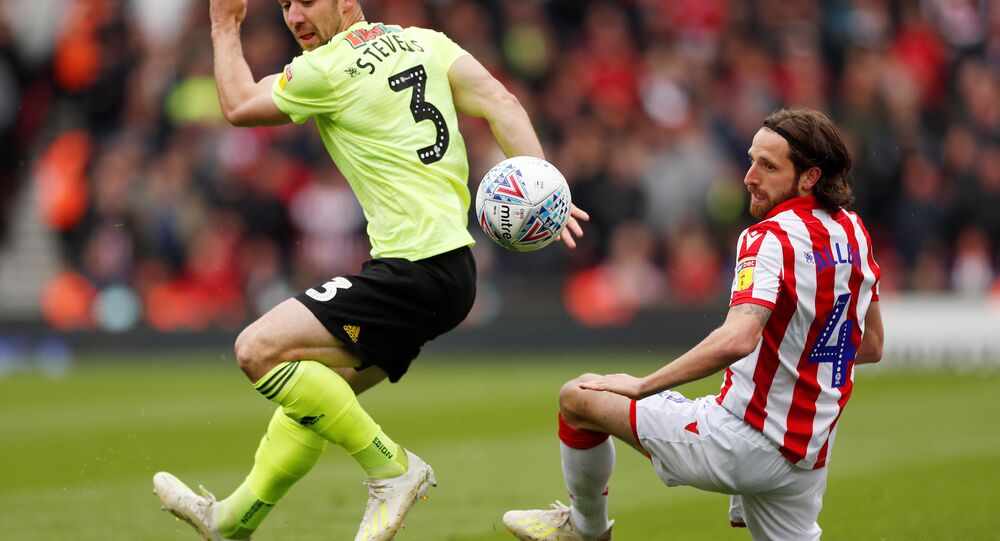 The English football club Sheffield United received a €3.5 million loan from the family of the former leader of the al-Qaeda* terrorist group, Osama Bin Laden, according to media reports.

According to the source, the statement was made during a hearing in the High Court of London, where club co-owners Kevin McCabe and Saudi Arabian Prince Abdullah Bin Mosaad Bin Abdulaziz Al Saud are fighting for complete control over the club.

© AP Photo / CIA
US Offers $1 Million Reward for Hamza bin Laden, Osama's Son
According to lawyer Prince Abdullah Andreas Gledhill, a € 3.5 million loan came to the club from a family member of the most infamous terrorist of the 2000s, who died in 2011. Gledhill claims that club co-owner McCabe knew about the source of these funds. According to the lawyer, the financial transaction took place under the name "Project Delta".

It is reported that Gledhill also provided e-mails to former club director Jeremy Tatton, who was aware of receiving the money and threatened to give out information to the press if the information about the loan became public. McCabe denies all charges.

In the 2018/19 season, Sheffield United took second place in the Championship (the second largest division in the national championship) and received, along with the champion of the Norwich league, the right to play the next season in the English Premier League.

* al-Qaeda is a terrorist group banned in Russia