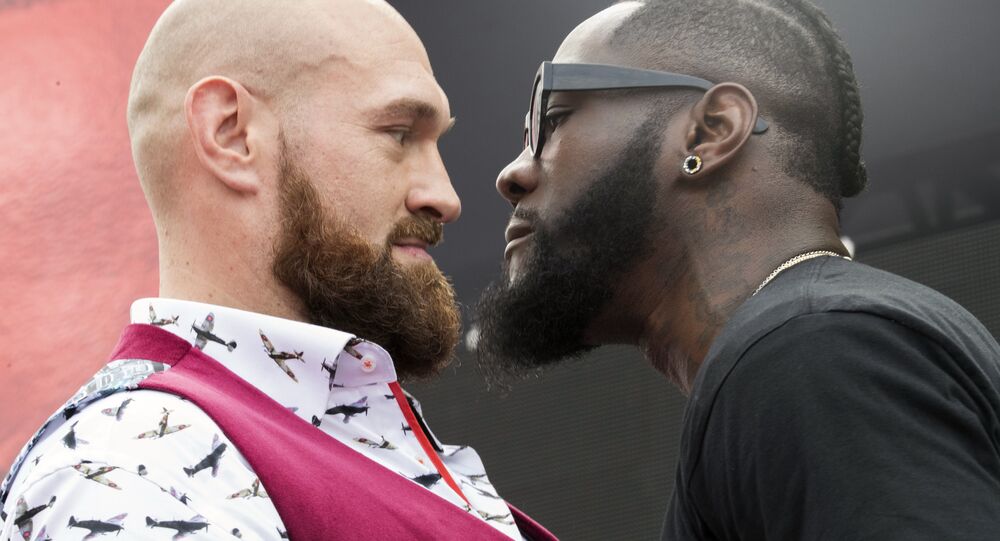 Earlier, Tyson Fury also spoke in favour of a rematch, claiming he deserved a victory instead of a draw. Sports experts note that despite being downed twice, Fury controlled his opponent throughout most of the match.

Deontay Wilder, a WBC heavyweight champion, has announced his willingness to organise a rematch with former heavyweight champion "Gypsy King" Tyron Fury following an anticlimactic split draw in their fight on December 1. Wilder says he wants the rematch done "ASAP", probably in March or April. Official promoters haven't commented on the boxer's suggestions yet.

The American athlete explained that he wants to figure out who is the better boxer of the two and who deserves the championship title.

"The second fight is all about proving a point. Who won the first fight?" he said.

Even if Wilder gets his rematch, it's possible that it won't be the last one — the athlete suggested making a "trilogy" out of his encounters with Fury, if they manage to keep up the quality of the first fight.

"You thought the first one was something? Oh my God, I can't wait for the second. It might be a trilogy if it goes as good as the first", the WBC champion said.

READ MORE: Phoenix From the Ashes: Tyson Fury Gets Up to Join Boxing's Greatest Comebacks

Previously, Fury also urged for a rematch, claiming he deserved a victory. Both boxers remain undefeated after their encounter on 1 December, when one of the judges scored a draw and the other two favoured different boxers, which led to a split draw. Various sports experts pointed out that on the one hand, Wilder managed to down Fury twice during the bout, while on the other; the "Gypsy King" controlled his opponent most of the time.

Wilder has won total of 40 fights, 39 of them via a knockout. Fury has won 27 fights, 19 of them by knocking out his opponent.