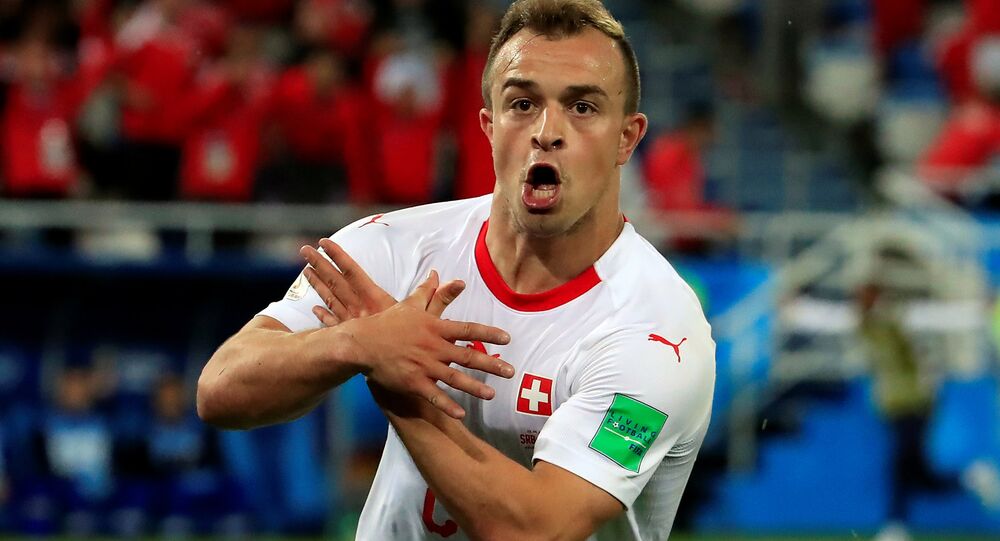 The Swiss national footballer transferred to Liverpool from Stoke City in the pre-season transfer window and has impressed club manager Jurgen Klopp, bagging a goal and two assists from seven appearances so far this season.

Xherdan Shaqiri has been left out of Liverpool’s squad for their upcoming fixture against Serbian club Red Star Belgrade because of his Albanian roots.

Commenting on Shaqiri’s absence from the squad sheet, Liverpool manager Jurgen Klopp said they want to be focused on football and opted to not play Shaqiri to “avoid any distractions”, insisting the Swiss midfielder understands his decision.

"We have heard and read the speculation and talk about what kind of reception Shaq would receive and although we have no idea what would happen, we want to go there and be focused 100% on football and not have to think about anything else,” Klopp said on Monday.

"We are keen to be respectful and keen to avoid any distractions. So, for that reason, Shaq is not involved and he accepts and understands this."

Moreover, Klopp said his club has “no political message" and is solely concerned with football.

The midfielder caused controversy over the summer in the World Cup, after he celebrated scoring a goal with a double-headed eagle gesture, resembling that of the Albanian flag.

He was subsequently fined 10,000 Swiss francs (around $9,950) by FIFA, who stressed they want to avoid the politicization of football.

Ahead of the match, commenting on the prospect of receiving a hostile reception, the midfielder said he “can handle this, no problem”, adding that, "It is not about politics, it is about football. I worry about nothing and go to play."

After three games, Liverpool top Group C on six points, with two wins and a loss, in a strong position to progress to the tournament’s knockout stages. The club has also enjoyed a strong start to the Premier League, currently sitting in third place, just two points behind leaders Manchester City.