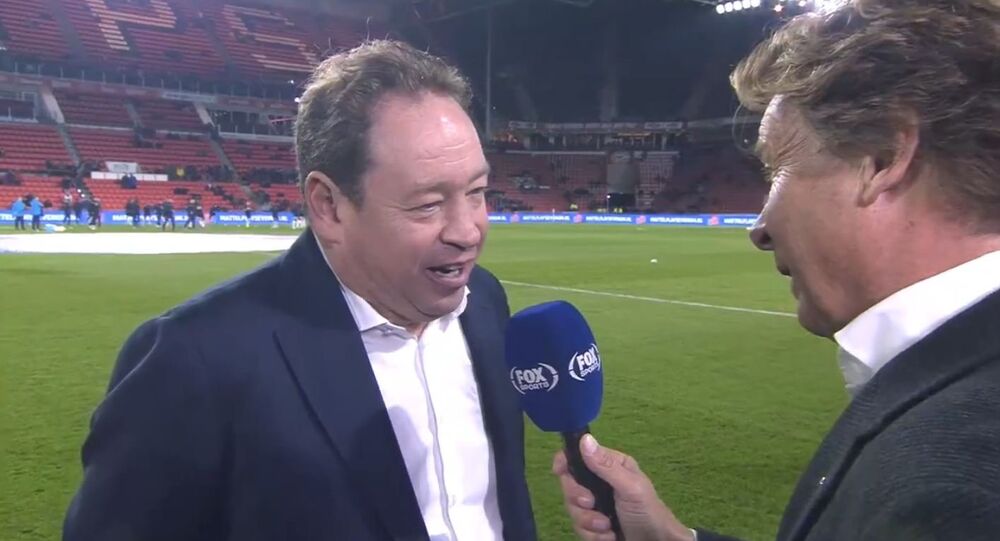 Leonid Slutsky, the new coach for SBV Vitesse, widely known as Vitesse Arnhem or simply Vitesse, confused words in English during a pre-match interview on the eve of a game against PSV Eindhoven (0-1) in the 11th round of the Eredivisie football league.

When a Dutch interviewer asked the former PFC CSKA Moscow coach whether he would or would not leave the Dutch club for the sake of Sporting CP, a Lisbon club, Slutsky confused the words "sack" and "suck."

"If only the owner or the director suck me, yes, in this situation I will go out," he said.

After a clarifying question from the journalist, Slutsky pronounced the word more clearly, it became obvious that he meant "only if he will be sacked."

The coach stressed that he has a two-year contract with the Vitesse club and has no plans to change job in the near future.

According to the Portuguese sports newspaper A Bola, the president of Sporting CP, Frederico Varandas, flew to the Netherlands a few days ago to hold talks with a Russian specialist.

For Slutsky, the Lisbon club will have to pay the Dutch club about 500 thousand euros for a contract with a period of 1.5 years.