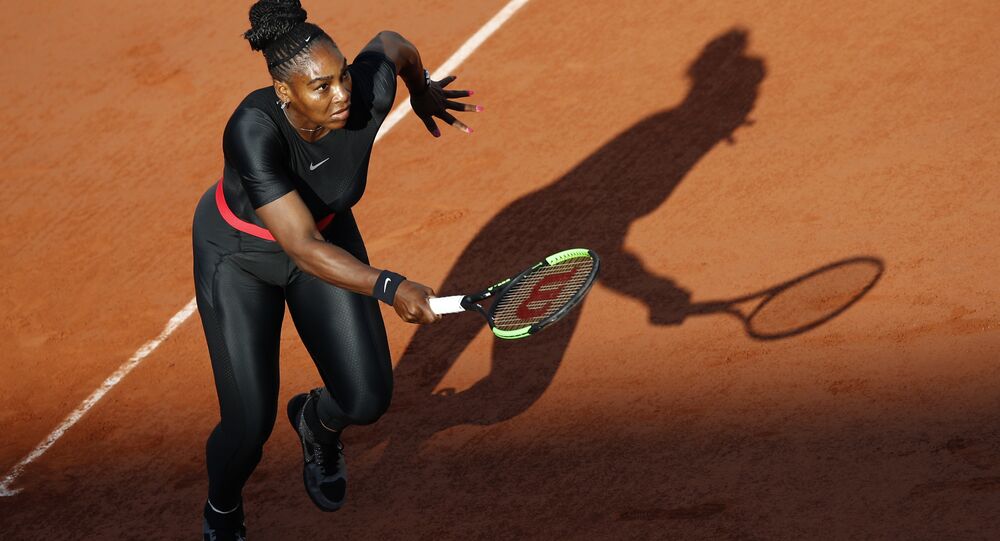 Serena Williams is banned from wearing the bodysuit she originally donned at the French Open in May at future tournaments there. French Open president Bernard Giudicelli told media that the outfit went “too far.”

In an interview with Tennis Magazine, Giudicelli said, "I believe we have sometimes gone too far. Serena's outfit this year, for example, would no longer be accepted." Giudicelli was speaking to the magazine about the tournament's new dress code. "You have to respect the game and the place," he said.

"It's a bit late because the collections are already designed, but we are going to nonetheless ask the manufacturers to let us know what is coming."

Williams told the press in May, after winning her first round match at the 2018 French Open, that the outfit made her feel like a "queen from Wakanda," referring to the fictional setting of the recent superhero blockbuster "Black Panther." "I feel like a warrior in it, like a warrior princess," she said, adding, "I'm always living in a fantasy world. I always wanted to be a superhero, and it's kind of my way of being a superhero. I feel like a superhero when I wear it."

The outfit, which she hasn't worn since competing in Paris in May and June, wasn't all about the film, however. The skin-tight get-up is designed to protect against blood clots. Williams' doctors found one outside of a blood vessel in her body after she gave birth to her daughter Olympia in 2017.

The 23-time Grand Slam title winner said the suit represents "all the moms out there who had a tough pregnancy and had to come back and try to be fierce in the middle of everything" at the French Opens.

"I almost died after giving birth to my daughter Olympia," Williams wrote in an article for CNN in February. "First my C-section wound popped open due to the intense coughing I endured as a result of the embolism.

Williams will compete in the US Open next week.