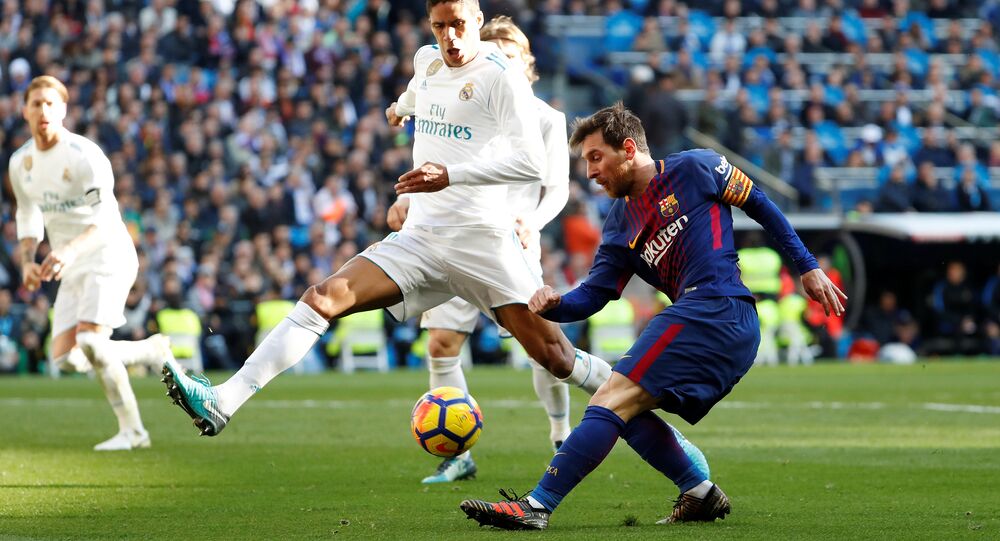 Madrid may call the shots in Spain's political arena, but in the football arena FC Barcelona was able to soundly defeat Real Madrid CF 3:0, providing independence-minded Catalonia with a win worth celebrating.

Real Madrid CF suffered a crushing defeat at the hands of FC Barcelona during 'El Clasico', the name for matches between the two bitter rivals, in the Spanish capital on December 23.

During an intense match at Santiago Bernabéu Stadium, Real’s home turf, Barcelona scored three goals with their opponents simply being unable to return the favor.

As soon as this spectacular game ended, Twitter erupted in veritable fountain of human emotion as Barca fans rushed to express their joy.

In a display of good sportsmanship, some Real Madrid fans even went on to congratulate FC Barcelona with their latest victory.

Others however apparently opted to comfort themselves as best as they could.

"Madrid never give up, whatever happens. It is a difficult moment because we've lost by three goals. I could say we don't deserve it, but that is football." #balondoor #barcelona

Forget the fact we lost to Barcelona today. This year should be a proud one for every Madridista. We won 5 trophies in 2017. First time in our history. And we are unarguably the best team in 2017. Hala Madrid

The rivalry between Real Madrid CF and FC Barcelona dates back to mid-20th century, with the two teams often regarded as representing Spanish nationalism and Catalan nationalism respectively.

This conflict may have become especially poignant in light of the independence referendum held in Catalonia earlier this year and the heavy-handed response mounted by Spanish authorities.

No Pain, No Gain: Football Player Breaks His Hand While Scoring a Goal (VIDEO)