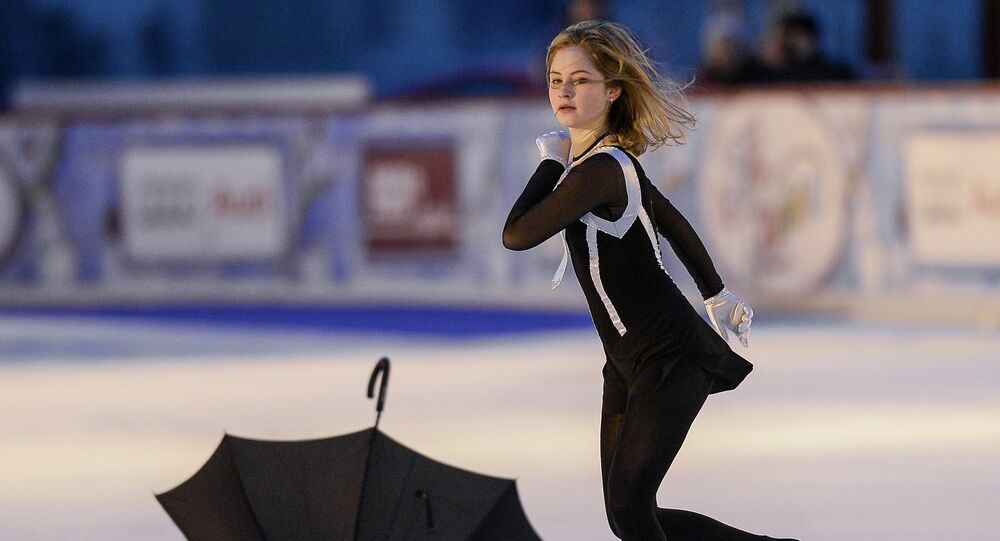 The youngest Russian athlete ever to win a gold medal at the Winter Olympics ended her sports career because of anorexia.

MOSCOW (Sputnik) — Russian Olympic figure skating champion Yulia Lipnitskaya said Tuesday that health issues, including the eating disorder anorexia, forced her to retire on August 28 at the age of 19.

"Health problems are 99 percent of the reason [behind the decision]… Anorexia is a disease of the 21st century, it occurs quite often. Unfortunately, not everyone overcomes it. I've considered that there was nothing bad if I'd openly speak about it. I only regret that I did not do this earlier, because this is not the first year this has been going on, nor the second or third year," Lipnitskaya said, as quoted on the Figure Skating Federation of Russia website.

The former athlete also added that she was no longer into skating.

"After the Grand Prix series in Moscow, I came home, put my skates in the closet, and I have not seen them since. I'm no longer attracted to the ice. In January, I left for the clinic. That's the whole story," Lipnitskaya concluded.

Lipnitskaya's last tournament was the International Skating Union (ISU) Grand Prix of Figure Skating Cup, which took place in November 2016. During the event, the young athlete was forced to interrupt her performance for several minutes due to leg problems and eventually finished in last place.