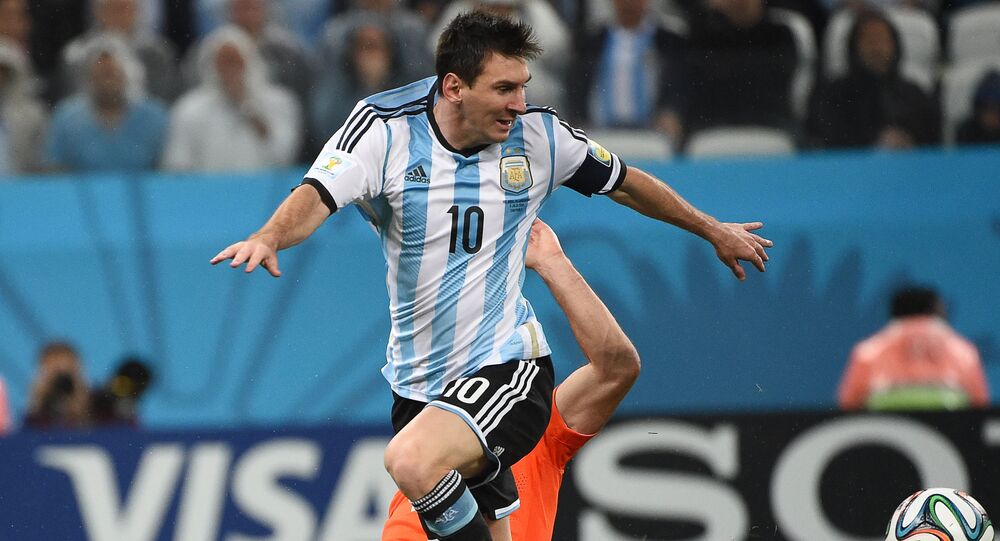 Barcelona Striker Messi Not to Renew Contract With Football Club

Argentine forward Lionel Messi decided that he will not renew his contract with the FC Barcelona, Spanish media reported on Monday.

© REUTERS / Albert Gea
One Penalty He Can't Miss: World Famous Football Star Messi Gets 21 Months in Prison
MOSCOW (Sputnik) — According to the Marca newspaper, Messi made the decision in July during a family vacation in Ibiza and asked his father to inform Barcelona President Josep Maria Bartomeu on his intention. Messi’s current contract with FC Barcelona ends on June 30, 2018.

Bartomeu called on the Argentine forward to think twice and reminded that a release clause in Messi’s contract amounted to 250 million euros [about $273 million]. At the same time, there have not been any official contacts between Messi's representatives and the Barcelona officials since July, the newspaper said.

Messi, 29, became a Barcelona member when he was 13. Rising up through the ranks of the FC Barcelona football academy, he broke into the main team at the age of 17.

Since then, he has won the the Champions League four times, became champion of La Liga seven times, won six Copa Del Reys, along with many other trophies.

Fan Leaps Towards Messi, Gets Tackled by Security