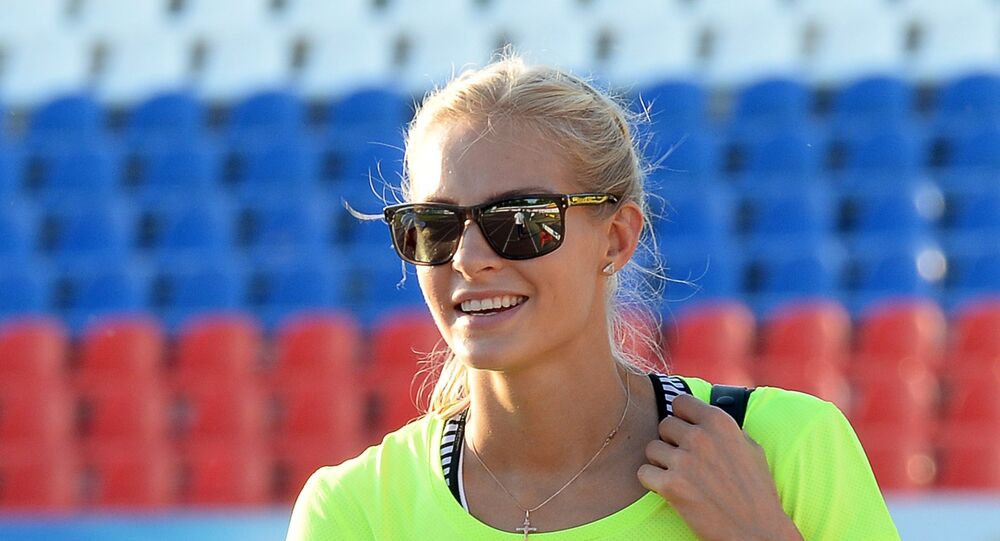 According to the recently published report of the World Anti-Doping Agency (WADA) independent commission lead by Richard McLaren, one urine sample of the Russian long jumper Darya Klishina contained the DNA of two different people, German journalist and producer of the film on doping in Russian sports Hajo Seppelt said Sunday.

© Sputnik / Makrism Bogodvid
CAS Registers Russian Athlete Klishina's Appeal Against IAAF Suspension
MOSCOW (Sputnik) — In July, an independent WADA commission led by Canadian law professor Richard McLaren presented a report based on the investigation results, in which Russia was accused of running a state-wide doping program, urging the International Olympic Committee (IOC) to consider a blanket ban on the entire Russian team. On July 24, the International Association of Athletics Federations (IAAF) prohibited all Russian athletes from taking part in international competitions, including the upcoming Rio Olympics, except Klishina, who trains in the United States. However, on Friday, All-Russia Athletic Federation (ARAF) President Dmitry Shlyakhtin said that the IAAF had not allowed Klishina to participate at the Rio Olympics.

"RUS athlete Klishina: alleged #doping cover up according to McLaren Report/IAAF: two DNA from different persons in one urine sample," Seppelt wrote on his Twitter microblog.

On Saturday, the Court of Arbitration for Sport (CAS) has officially registered the individual application made by Klishina against the IAAF decision to ban her from participating in the Rio Olympics.

"At more than one of Klishina's urine sample bottles scratches allegedly have been found. Suspicion of manipulation," Seppelt added.

CAS decision to Klishina's appeal is expected later on Sunday.