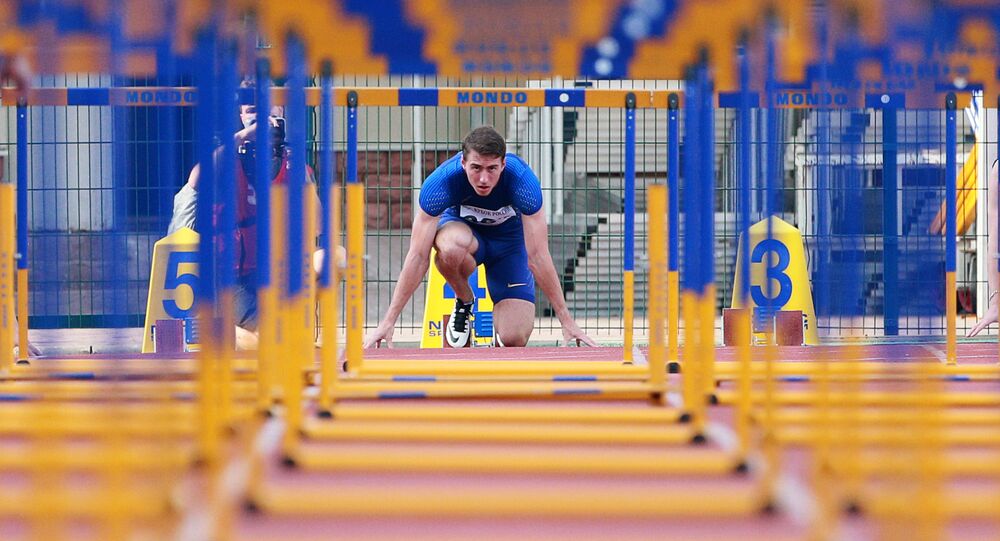 As the Swiss Federal Supreme Court refused on Monday to suspend the Court of Arbitration for Sport (CAS) decision banning Russian athletes from the Rio Olympics, the last chance for affected Russian athletes has been lost, Russian runner and 2015 World Champion in the men's 110 meter hurdles, Sergei Shubenkov, said.

MOSCOW (Sputnik) — Shubenkov and pole vaulter Yelena Isinbaeva filed appeals against the CAS ruling which upheld the decision of the International Association of Athletics Federations (IAAF) to ban 68 Russian track-and-field athletes from international competitions, including the Rio Games.

"It was my last chance to take part in the Olympics, but now it is gone," Shubenkov told R-Sport.

Shubenkov and Isinbayeva appealed to the Federal Court which is superior to the CAS to overturn the ban until its grounds have been clarified, the Russian athlete added.

In July, the IAAF prohibited all Russian athletes from taking part in international competitions, making an exception for long jumper Darya Klishina, who trains in the United States.