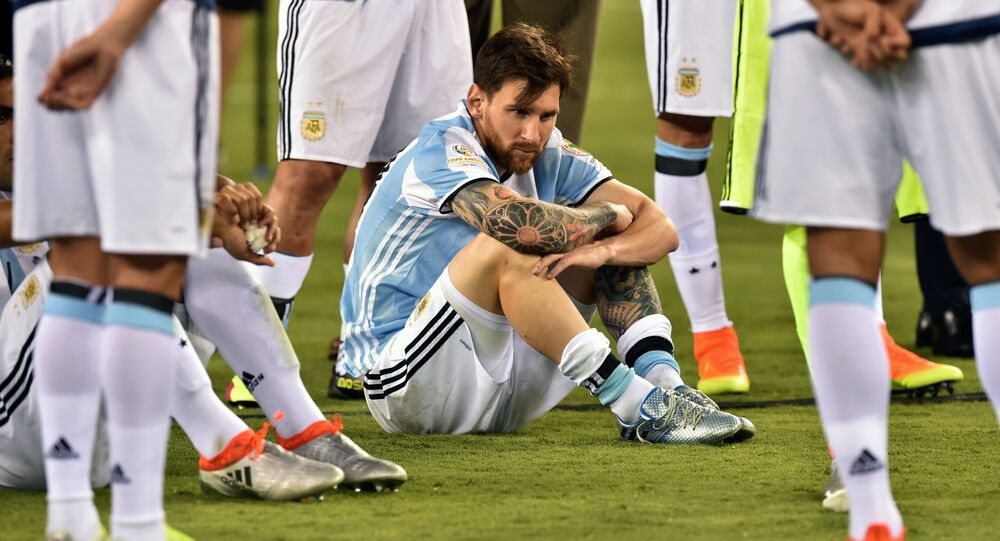 Legendary Argentine football player Lionel Messi has announced his intention to quit the national team after Argentina was defeated by Chile during the final match of Copa America.

Messi saying that he is quitting the Argentinian national team. pic.twitter.com/WxOmIGi9W7

The Argentina captain appeared devastated after he missed his shot during the penalty shootout which ultimately led to the second consecutive victory for Chile in the tournament.

"I tried so hard to be a champion with Argentina. But it didn't happen. I couldn't do it," Messi said.

However, it appears that he’s not the only one who is ready to hang up his boots, as Sergio Agüero told local newspaper Olé that he and several other players, including Javier Mascherano and Gonzalo Higuain, also consider following Messi’s example.

"The likelihood is that Messi is not the only one that will leave the national team. There are several players like me that are evaluating whether or not to continue," he said.

It should be noted though that as goalkeeper Sergio Romero observed, Messi apparently made his announcement in the heat of the moment and that he may yet reconsider his plans to retire.

This latest defeat, along with the loss against Germany during World Cup 2014 and the losses at Copa Americas in 2007 and 2015, became the fourth finals that Messi lost as part of the Argentine national team. It also became yet another unfortunate milestone in the country’s 23-year trophy drought.