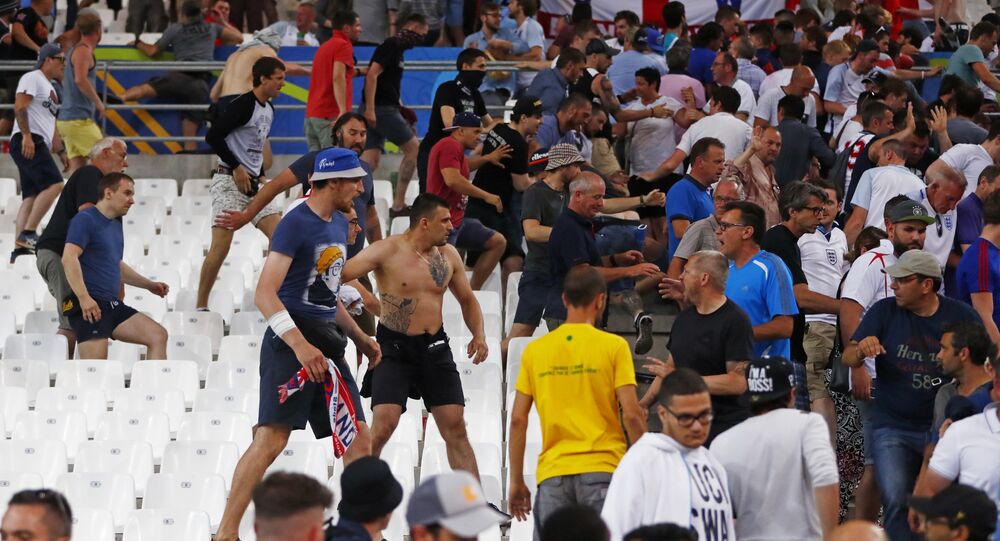 UEFA has decided to hand the Russian Football Union a 150,000 euro fine.

"Charges relating to crowd disturbances, use of fireworks and racist behavior had been brought against the RFU, and the CEDB decided to impose the following sanctions: A fine of €150,000; A suspended disqualification of the Russian national team from UEFA EURO 2016 for the crowd disturbances," UEFA said in a statement.

"In accordance with Article 20 of the UEFA Disciplinary Regulations, this disqualification is suspended until the end of the tournament," UEFA noted, adding, however, that the suspension may be lifted if similar incidents repeat.