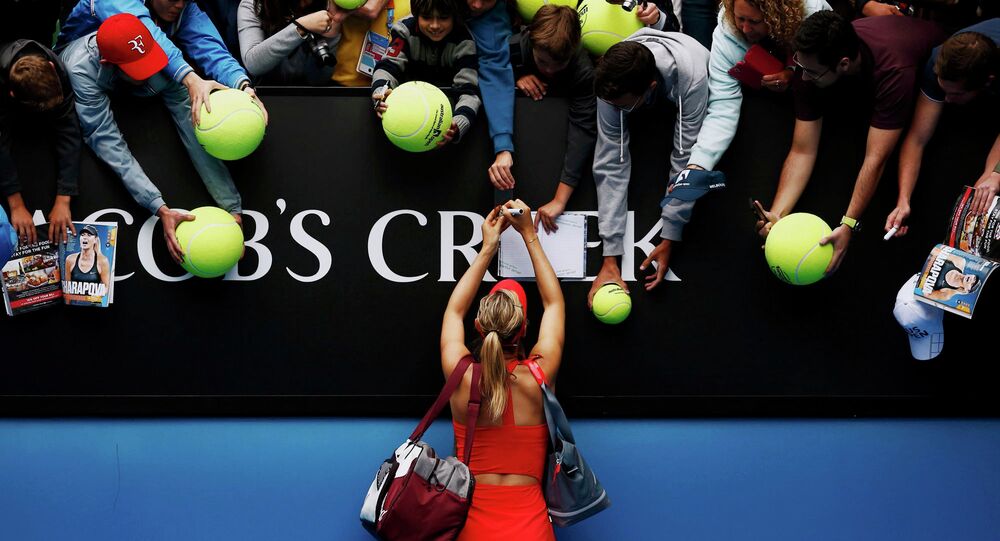 The World Anti-Doping Agency (WADA) rejected on Tuesday the existence of a political motive for its move to include meldonium on the list of prohibited substances.

MOSCOW (Sputnik) — On Saturday, Russian Deputy Prime Minister Arkady Dvorkovich said that WADA’s decision to ban meldonium was somewhat politically motivated and that Russia would officially request the results of WADA's investigation into the substance.

"WADA strongly denies that the inclusion of meldonium on the 2016 prohibited list was in any way political," the anti-doping body told R-Sport.

WADA insists that it banned meldonium from use by athletes after going through an established process.

"This is a tried and tested process that has existed for many years. There can be no question as to the process that was followed which established meldonium as a banned substance as of 1st January 2016," the WADA said.

© Photo : Maria Sharapova/Facebook
Sweet Deal: Chocolatier Proud to Stand By Maria Sharapova
Meldonium, a Latvian-made anti-ischemic drug used in Eastern Europe and the former Soviet Union to treat heart conditions, has been at the center of the latest WADA doping scandal involving a number of Russian athletes.