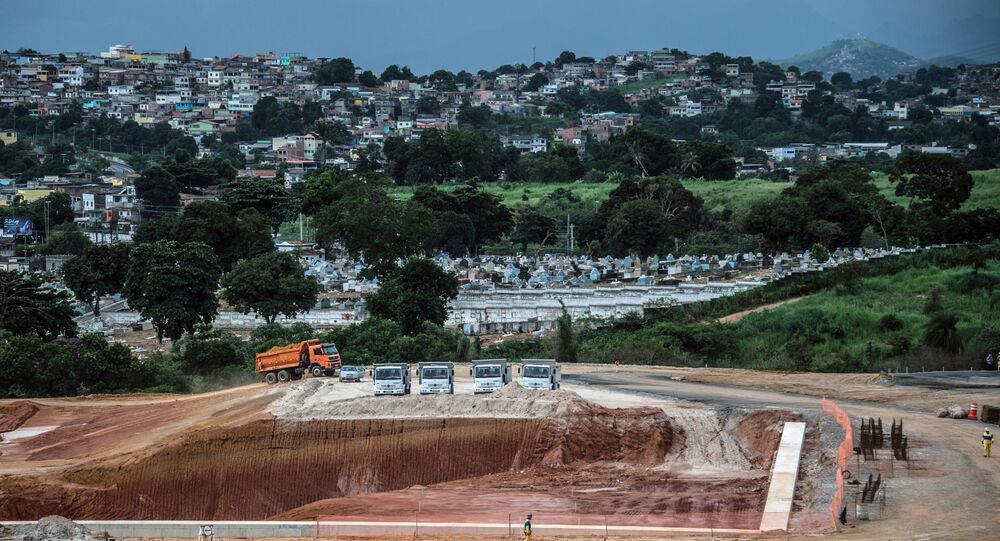 Russian athletes may miss the Summer Olympics in Rio de Janeiro this year as a result of WADA and the International Association of Athletics Federations not wanting to risk their reputations by doing nothing, the head of the independent committee in the World Anti-Doping Agency (WADA) said Wednesday.

MOSCOW (Sputnik) – A large number of Russian athletes tested positive for doping since the start of 2016 have been taking meldonium.

"My guess is Russia may not make it back for Rio. IAAF & Wada not going to risk reputations by rolling over," Richard Pound said.

© Sputnik
Kremlin on Sharapova Doping Scandal: Russia Opposes Politicization of Sports
He added that the latest documentary by the German television channel ARD had demonstrated that "not enough is changing in Russia to re-comply."

On Monday, Maria Sharapova, a five-time Grand Slam champion, said that earlier this year she had tested positive for meldonium, an anti-ischemic drug used in Eastern Europe and the former Soviet Union to treat heart conditions.

The incident comes following the World Anti-Doping Agency (WADA) November report, in which the agency accused Russia of numerous breaches of global anti-doping regulations and recommended the country be banned from international athletics competitions.

WADA banned meldonium from use by athletes on January 1, 2016. The agency considers the drug to be a metabolic modulator that increases athletes' endurance and shortens post-exercise rehabilitation time, as well as enhancing central nervous system activation.