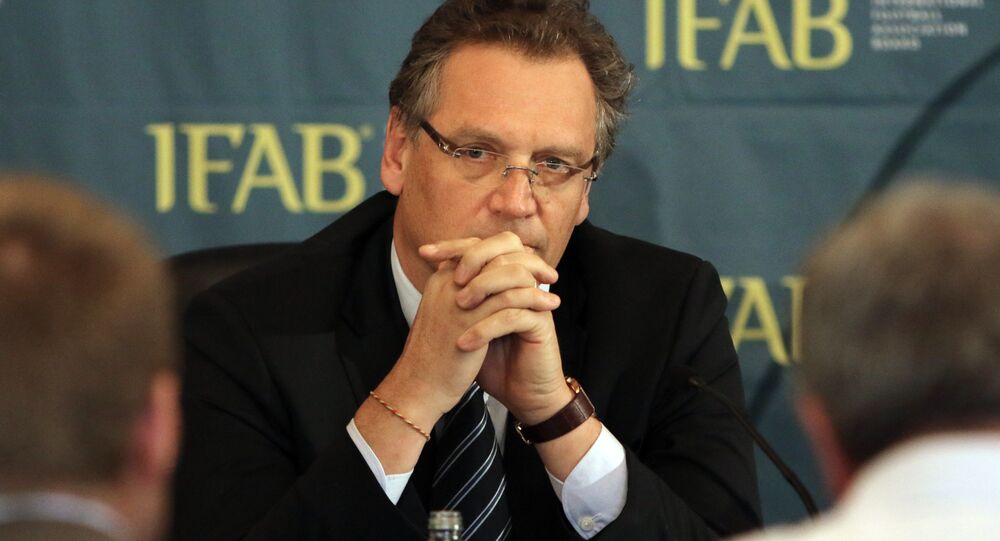 Former FIFA Secretary General Jerome Valcke encouraged the persons responsible for gaining "an undue advantage from the selling of FIFA World Cup tickets," according to the statement of FIFA.

"The adjudicatory chamber of the independent Ethics Committee chaired by Mr Hans Joachim Eckert has banned Mr Jerome Valcke, former Secretary General of FIFA, for 12 years from all football-related activities (administrative, sports or any other) on a national and international level," the statement reads.

According to the results of the internal investigation, Valcke encouraged the persons responsible for gaining "an undue advantage from the selling of FIFA World Cup tickets." Besides Valcke travelled at FIFA’s expense "purely for sightseeing reasons" choosing private over commercial flights.

"In doing so, Mr Valcke acted against FIFA’s best interests and caused considerable financial damage to FIFA, while his private and personal interests detracted him from his ability to properly perform his duties as the Secretary General of FIFA," the statement reads.

Valcke was provisionally released from his duties as the secretary general on September 17, with formal adjudicatory proceedings opened against him on January 6. On January 13, he was dismissed from his job.