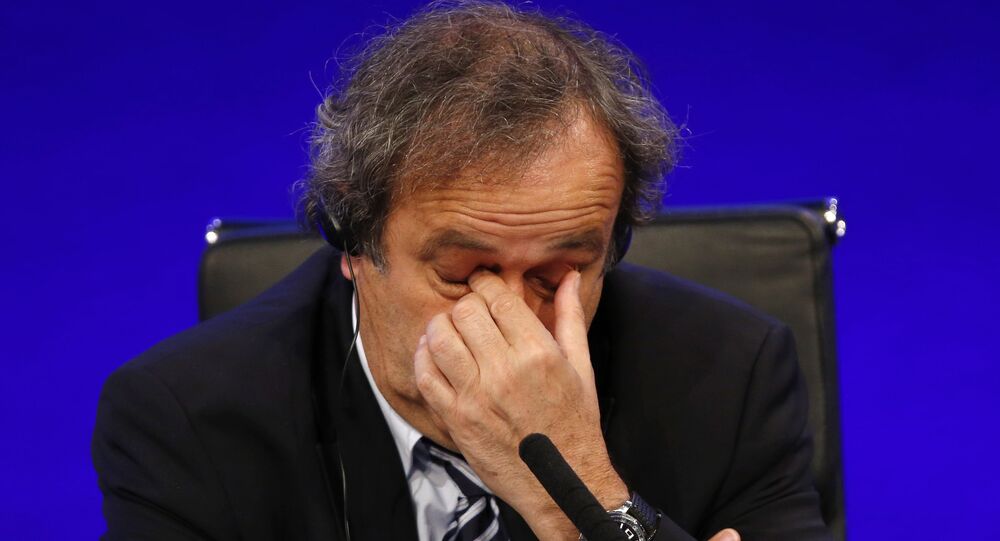 UEFA President Michel Platini confirmed Monday he received over $2 million in 2011 from FIFA without a written contract.

© AFP 2021 / VALERY HACHE
UEFA Calls On FIFA to Decide on Platini Fate by Mid-November
MOSCOW (Sputnik) — In late September, the Swiss Office of the Attorney General launched a probe into corruption claims against FIFA President Joseph Blatter over making a "disloyal payment" of $2.05 million to Platini in 2011 at the expense of FIFA, for work allegedly performed in 1999-2002. Blatter and Platini told investigators the payment was legal and was compensation for Platini’s work as the FIFA president’s adviser for four years.

"It was a man-to-man agreement. … In any case, I have learned that according to the Swiss law, an oral contract is treated as a written contract," Platini said as quoted by Le Monde.

© Flickr / Jake Bellucci
Adidas Denies Reports of Bribing FIFA to Grant Germany 2006 World Cup
Platini added that the money paid for his work on the global competition calendar, a FIFA Goal program supporting global football federation and for accompanying Blatter in his travels.

"In short, I really worked and many people can testify," Platini claimed.

Sixty-year-old Platini, a potential candidate for FIFA president, was suspended for 90 days by FIFA's Ethics Committee on October 8 as part of the ongoing FIFA investigation into fraud and corruption among its leaders.