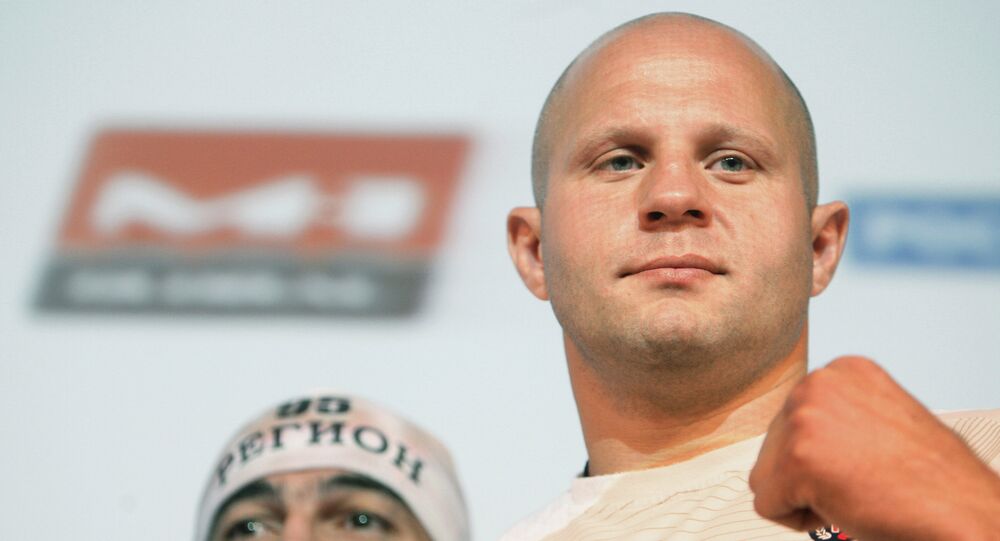 Who will stand against the Last Emperor?

“Today, former [MMA promoter] PRIDE owner Nobuyuki Sakakibara and me have announced the date of my fight. It will take place on December 31 in Japan”, Fedor Emelianenko, who has been nicknamed 'The Last Emperor', wrote in his Instagram account.

The name of the Russian fighter’s opponent is still being kept a secret. The upcoming tournament will be organized by Bellator and the former heads of PRIDE. US MMA fans will be able to watch the show on Spike TV.

© Sputnik / Alexei Druzhinin
Return of Russian Bear: Fedor Emelianenko Resumes MMA Career
10
Fedor Emelianenko announced his readiness to step back into the ring on July 14 three years after ending his decorated career, stating that he had “managed to heal my old injuries”. The sportsman once dominated the world of MMA, going undefeated for 10 years and compiling a stunning unprecedented streak of 27 wins.

After leaving the ring in June 2012, the renowned fighter, considered by many as the greatest one in the MMA history, did his best to promote the sport in Russia.

Fedor Emelianenko is Back! MMA Legend Comes Out of Retirement