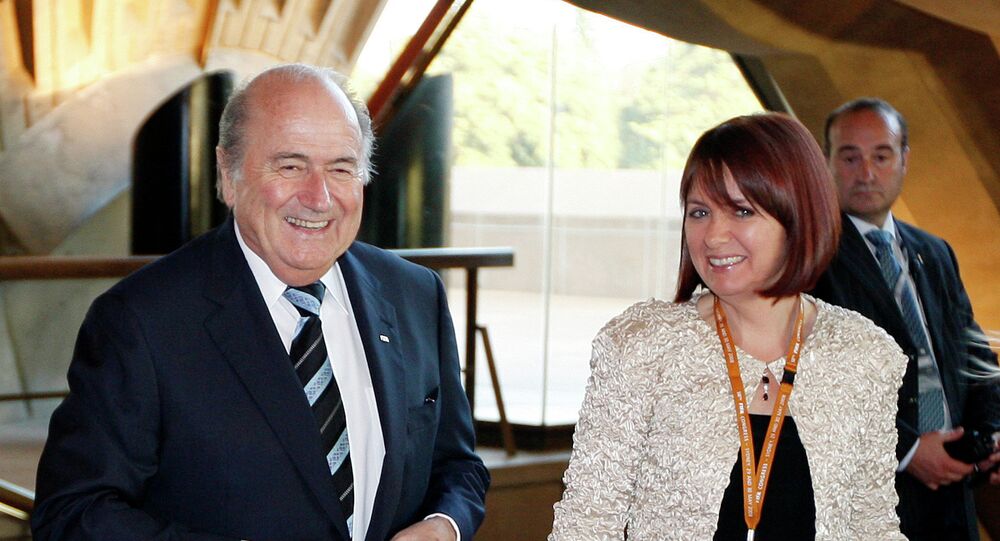 MOSCOW (Sputnik) — On Wednesday, seven FIFA executives, including two vice presidents, were arrested on corruption charges in a Swiss hotel ahead of Friday’s vote to elect the organization’s new chief.

"All these things happened just to discredit him so that he would resign. But I can tell you in about [two or three] weeks no one will talk about it anymore.”

According to Blatter’s daughter, the scandal was part of a conspiracy.

"I wouldn't say from the Americans and the British, but certainly [there are] people working behind the scenes." 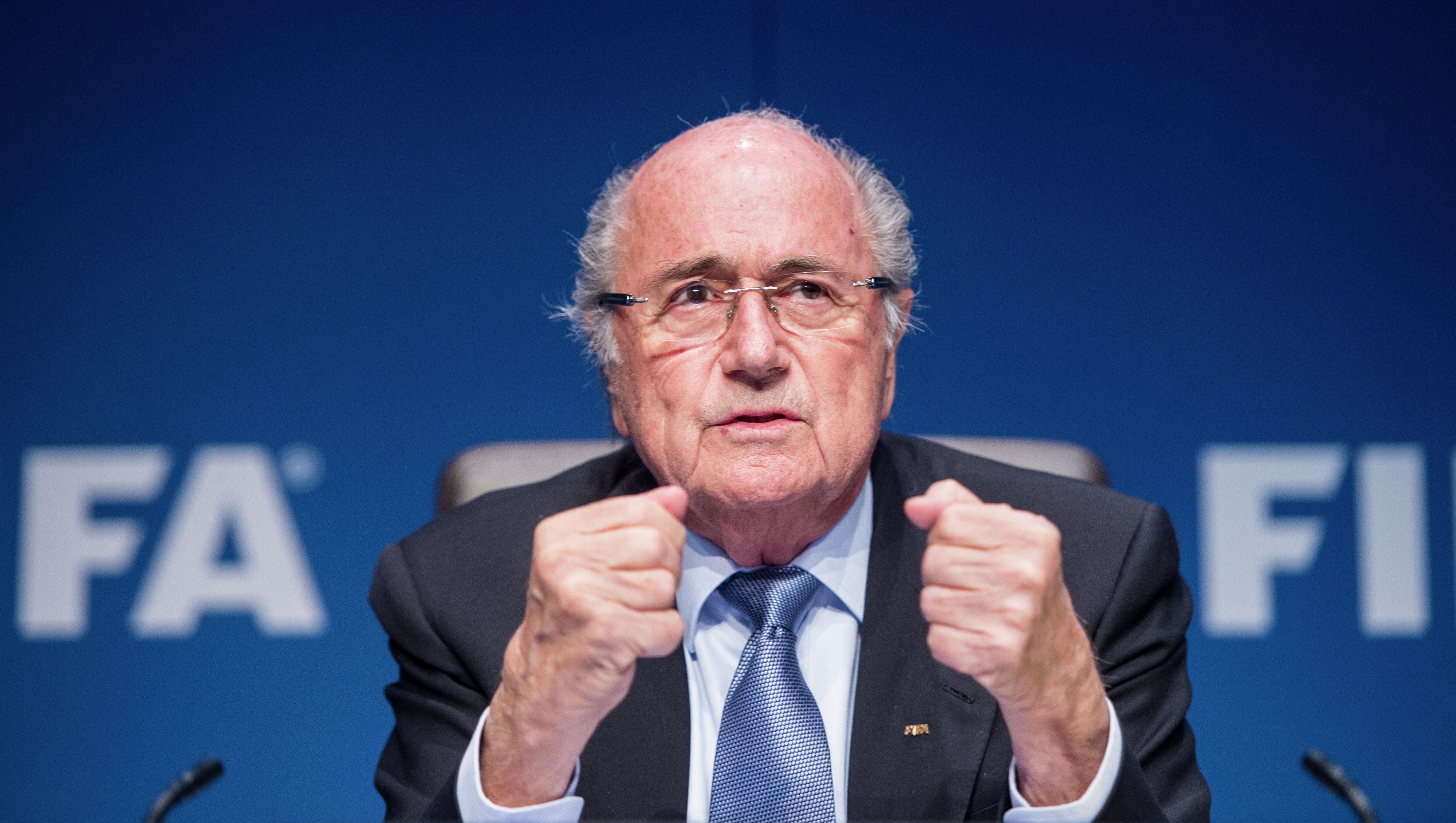 © AP Photo / Ennio Leanza
FIFA President Sepp Blatter is up for reelection to his post just one day after seven FIFA officials were arrested on charges of racketeering, bribery and wire fraud.

Corinne Blatter stressed that her father is not a kind of person who takes bribes.

"All these people who say that he takes money I don't know what kind of money he should take and he's not the kind, his character is not like that, he's not taking any money."

Despite the scandal, Blatter, 79, was reelected Friday for a fifth term in office to head world football's governing body until 2019.

On Saturday, Blatter said that timing of arrests of senior FIFA officials cannot be just a coincidence.

Timing of FIFA Arrests Ahead of Presidential Vote ‘No Coincidence’

FIFA President Hits Back at US Accusations of Corruption

FIFA President to Remain in Power Unless Convicted, Detained

US Disappointed With Sepp Blatter’s Re-Election as FIFA President