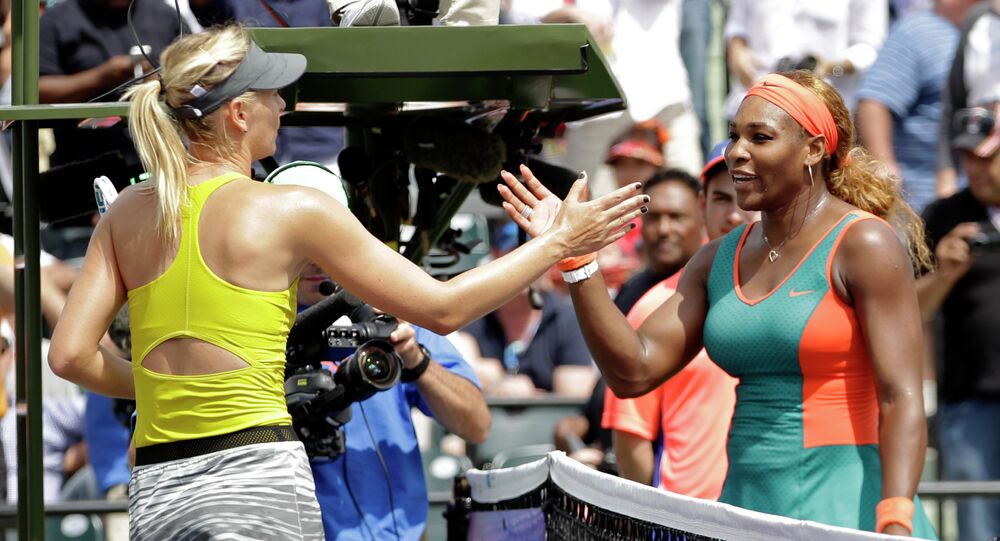 Russia's Maria Sharapova will play top seed Serena Williams at the finals of the Australia Open in Melbourne on Saturday.

© Sputnik / Anton Denisov
Sharapova Could Quit Tennis After Participating in Rio 2016 Olympics
MOSCOW, January 29 (Sputnik) – Russia’s Maria Sharapova has made it through to the finals of the Australian Open in Melbourne, Australia, where she will face US tennis great Serena Williams, Sport reported Thursday.

Sharapova, the world's second seed, paved her way into the final round of the tournament by beating Ekaterina Makarova earlier on Thursday.

In turn, Williams ousted her compatriot Madison Keys earlier on Thursday 7-6 (7-5), 6-2 to send her into the finals.

Williams has come out victorious in all her five Australian Open finals appearances since 2003, while Sharapova won the tournament in 2008.

As of January 19, 2015, Williams retains her World No. 1 position, with Sharapova close behind, according to the Women's Tennis Association (WTA) rankings. The two players have met 18 times, with Sharapova's last victory in 2004 before being swept 15 consecutive times.