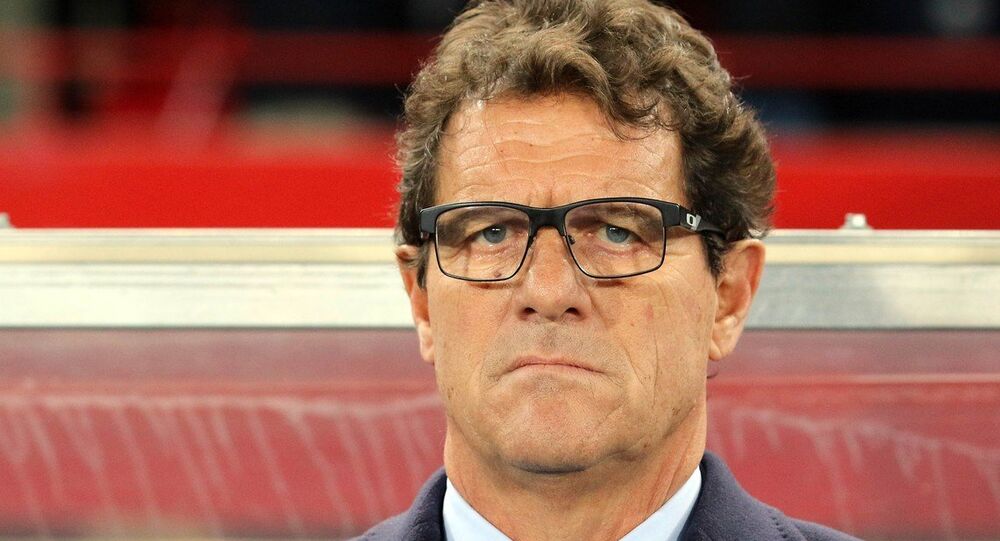 The head coach of Russia's national football team Fabio Capello stated that he is ready to continue working with the team even if he does not get paid, because he "believed in this project."

"I have a strong desire to continue working here because I believe in this project, even if I don't get paid," Capello said, adding that he feels "very uncomfortable" answering questions about his salary.

Earlier in September, the Russian Football Union (FUR) confirmed his wage arrears, but later pledged to clear its debt by the end of this year.

© Sputnik / Aleksei Druzhinin
Russia Waged an Honest Campaign to Host the 2018 World Cup: Sports Minister
The coach added, "I consider myself an ambassador of the country tasked with organizing the World Cup in the future." Russia was chosen in an absolute majority to host the 2018 FIFA World Cup four years ago, beating out bids from England, a joint bid from Belgium and the Netherlands, as well as a joint bid from Spain and Portugal.

Fabio Capello took over the Russian national team in July 2012 on a two-year contract, helping the squad qualify for the 2014 World Cup in Brazil for the first time after a 12-year break. His contract has been extended to four more years in January.