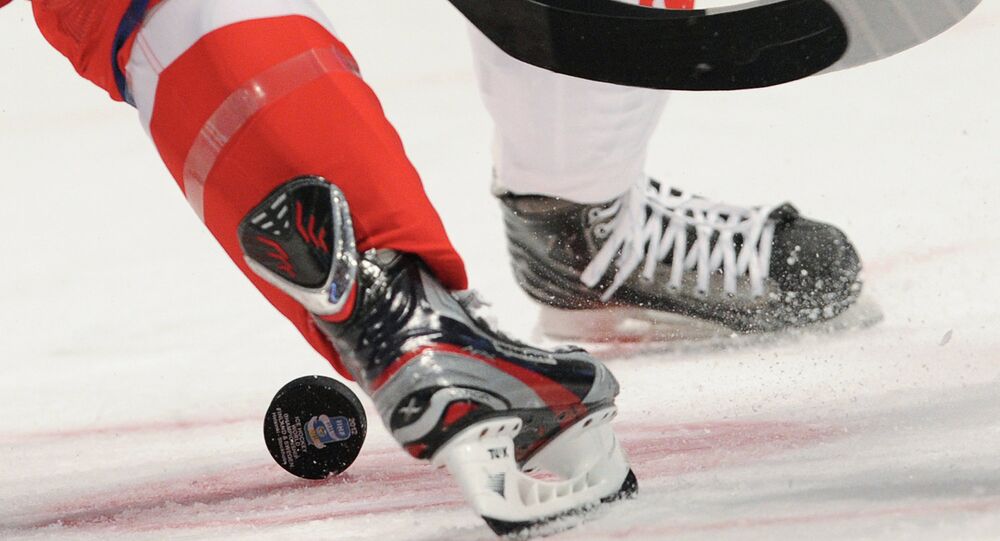 Russians Win the First Match of the Subway Super Series

Russians and Canadians met for a hockey match in which despite the injury and a tough game, Russians secured a win.

MOSCOW, November 11 (RIA Novosti) – Despite a long flight, the Russian Selects began the 2014 Subway Super Series in Saskatoon, Canada, with a determined victory against the Canadian Western Hockey League (WHL) All-Stars with a 3-2 victory in Game 1 of the series. Within a minute of Game 1 getting under way the score was opened by Alexander Bryntsev of "Neftekhimik, reports Rossiyskaya Gazetta.

The Canadian goalkeeper missed Bryntsey’s powerful wrist move which opened the score for the Russians. The Canadians regrouped, and noticeably improved their game although the match was paused while Russia’s Maxim Mamin was stretchered off the ice after taking a hit from Joe Hicketts. “Mamin was cutting to the goal on the back hand and wound up crashing full speed behind Comrie after making contact with the WHL defenseman. He lied on the ice until medical personnel arrived, however was able to get up on his own before being taken to the hospital for precautionary reasons”, reported SportsNet.

“Ully looked to have secured the win for the WHL when he made it 2-1 at 17:35 of the third period, but Okulov reacted for Russia just over a minute later to force the shootout”, states SportsNet.

As reported by SportsNet, the fate of the match was decided in the shootout,”Vadimir Bryukvin scored the winner in the 11th round of the shootout and goaltender Denis Kostin came off the bench to pick up the victory as the Russia Selects downed the Western Hockey League All-Stars 3-2 on Monday in Game 1 of the Subway Super Series.”

The second match of the series takes place on November 12 with the two teams meeting again. Valeriy Bragin the head coach of the Russian team said that due to the tough game schedule, some of the players will take rest while the other players will get a chance to play and prove their hockey skills, according to Rossiyskaya Gazetta.