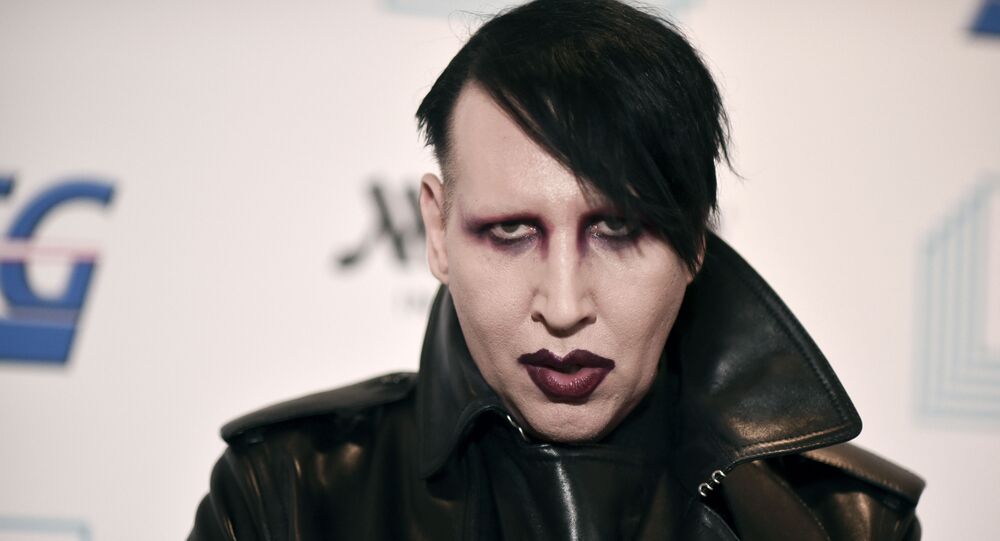 The famed controversial musician recently came under renewed public scrutiny after facing multiple allegations of abuse and domestic violence that were voiced by women including actresses Evan Rachel Wood and Esmé Bianco. Investigations into the claims are ongoing by the Los Angeles County Sheriff’s Department.

American singer-songwriter Marilyn Manson has officially turned himself over to police after months of dodging an outstanding warrant that stemmed from a 2019 spitting incident in New Hampshire, authorities confirmed on Thursday.

Manson, whose real name is Brian Warner, turned himself over to California’s Los Angeles Police Department on July 2 for processing and was subsequently released on bail by law enforcement authorities.

The development was confirmed by Anthony Bean Burpee, who serves as the police chief of New Hampshire’s Gilford Police Department.

Burpee told The Hill that the terms of Manson’s bail require the musician to not commit a crime while out on bail, appear in all further court proceedings, alert the court to any changes in address and, of course, have zero contact with the videographer at the center of the case.

The police chief told the outlet that officials are “pleased with Mr. Warner’s decision to finally address the arrest warrant that has been outstanding since 2019.”

At present, Manson is facing two counts of simple assault. The Class A misdemeanor charges stem from accusations that Manson allegedly spat on a videographer who had been subcontracted to film a show the musician put on at the Bank of New Hampshire Pavilion in August 2019.

The alleged altercation reportedly occurred when the videographer was filming in the stage pit area at the outdoor amphitheater. An arrest warrant over the incident was issued the following October.

Manson’s next court appearance is scheduled to take place at the Fourth Circuit Court in Laconia, New Hampshire. Although Burpee did not specify the date of the appearance, he previously detailed to USA Today that it would likely take place in August.

If convicted on the offenses, New Hampshire laws dictate that Manson could face a 12-month jail sentence and have to pay a $2,000 fine.

Marilyn Manson to Turn Himself in Following Accusation of Videographer Assault, Reports Say