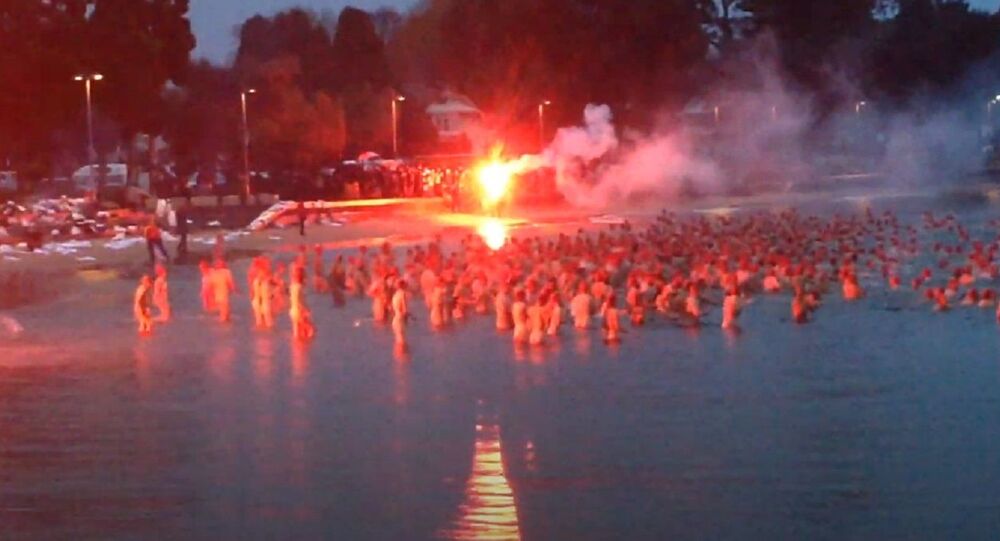 The winter solstice - the day with the shortest period of daylight - fell on 21 June in the Southern Hemisphere. For some 1,500 Australians wearing nothing but their birthday suits, the occasion holds a special significance.

Scores of fearless stark naked people in Hobart, Australia took a dip in the cool waters of Tasmania’s River Derwent on Tuesday morning to mark the end of the winter solstice.

At 7.42 am, nearly 1,500 Australians in pink swimming caps dropped their towels and waded into the 12C waters of the river in an act meant to represent purification.

Participants of the curious event shared photos of their brave endeavours on social media.

The rite also marked the end of the arts and food festival Dark Mofo, which was held after a year-long hiatus caused by the coronavirus pandemic.​

The tradition to celebrate the end of the winter solstice with a naked dip has been around since 2013, and its popularity has been only grown. However, the organisers of Dark Mofo signalled that the festival "may have run its course", putting a big question mark over its future.