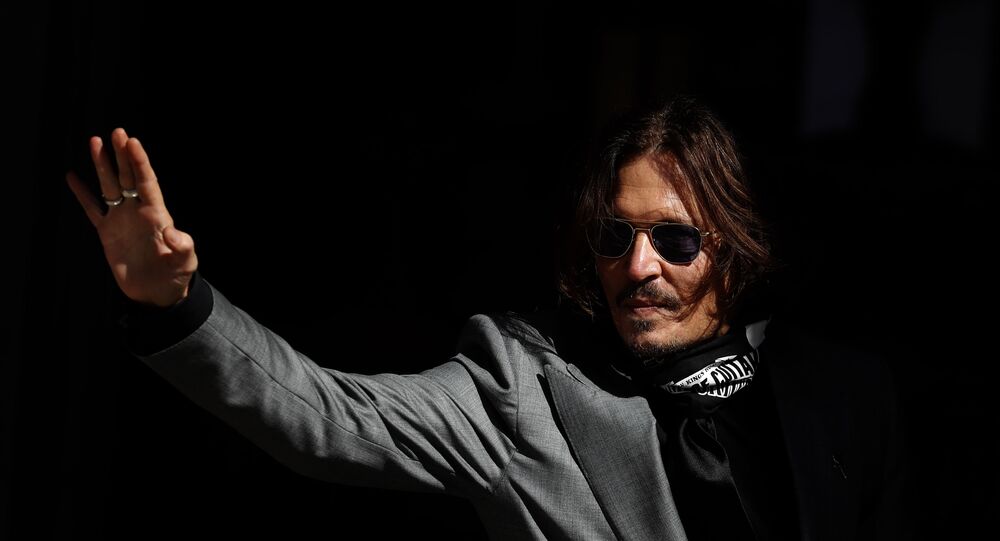 In December 2018, the Washington Post published an opinion piece authored by actress Amber Heard that discussed domestic violence, specifically her experiences and the fallout she endured after speaking out. Although the op-ed never named her former husband and fellow actor Johnny Depp, he sued Heard for defamation in 2019.

Newly released emails have revealed that Heard’s 2018 opinion piece was actually drafted by staffers with the American Civil Liberties Union (ACLU) as opposed to being fully written by the actress, a detail that may see the rights group hit with a defamation lawsuit by the Depp camp.

The previously unpublicized emails were recently obtained by the Daily Mail Online, which reported that correspondence between ACLU staffers, Heard, and the actress’ representatives proved the “Aquaman” star “had minimal input” in the writing of the opinion piece.

ACLU communication strategist Gerry Johnson first reached out to Heard’s camp on November 6, 2018, to discuss the opportunity, detailing that the group was looking for the actress to discuss “the ways in which survivors of gender-based violence have been made less safe under the Trump administration.”

While Johnson goes on to outline various talking points that Heard can touch on in the piece, the official also states that Heard can compose the op-ed herself or have staffers “do the first draft.” Johnson specifically states that if the agency writes the piece it would “include a quick phone interview to get her thoughts.”

A follow-up email dated November 29 later indicates that the personal essay was assigned to strategist Robin Shulman, who discloses a phone conversation with Heard, and that she “tried to gather [Heard’s] fire and rage and really interesting analysis” to form the article.

“Your lawyers should review this for the way I skirted around talking about your marriage,” Shulman points out. And there are a few places where I wasn’t sure if something was right or needed a few words to end the sentence.”

Additional emails highlight the back and forth between legal representatives on the language used in the piece in order to ensure that the draft did not violate the nondisclosure agreement that was part of the former couple’s divorce settlement. At one point, Heard wrote back to the ACLU staff, thanking them for “finding my voice.”

In a statement to the Daily Mail Online, Adam Waldman, a lawyer representing Depp, stated that the “new trove of emails finally proves one of the things the ACLU has fought for years to hide: they wrote Amber Heard's false op-ed for her and were co-conspirators with Ms Heard from the start.”

“Those who scheme, write and publish defamation, even purported free speech advocates, are not immune from the consequences,” the legal official underscored.

However, it should be noted that Heard never stated she was the sole writer of the Washington Post piece, as the actress previously stated in legal filings that the op-ed was written with the help of advisers.

The latest development comes after the Depp camp recently sued the ACLU to force the nonprofit organization to reveal whether Heard had honored her public 2016 pledge to donate half of her divorce settlement to the group. The dollar figure was estimated to be $3.5 million.