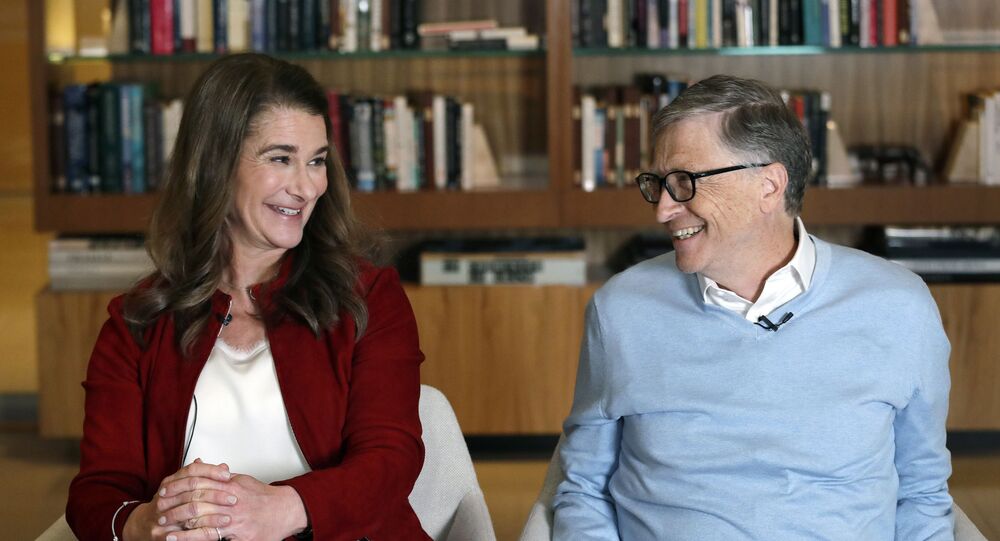 The couple announced their separation after 27 years of marriage on 1 May. In a statement released on social media, the two wrote that they "no longer believe" that they can grow together in the next phase of their lives.

The news of Bill and Melinda Gates getting a divorce came as a surprise to many, but it appears that for some in China it was nothing less than a shock, with people discussing it on social media non-stop, CNN reported. According to the outlet, the hashtag "Bill Gates divorce" has generated more than 830 million views and 66,000 discussions on the Chinese social media platform Weibo.

According to the outlet, this significantly exceeded the 91 million views accumulated when Amazon’s founder Jeff Bezos separated from his wife McKenzie Scott in 2019.

Reactions to the news ranged from disbelief and sadness to messages of support. Many users said the news had shaken their belief in marriage.

"Even you are divorced. How can the rest of us have hope of entering a marriage?" asked one netizen.

The former president of Google China, Kai-Fu Lee, said it was hard for him to believe that the couple had broken up.

"[Bill and Melinda are] the most affectionate couple I've seen among celebrity entrepreneurs", he wrote in a post on Weibo.

"You and Melinda have made huge contributions to people around the world. Even if you don't hold hands together in future life, I hope your foundation can still continue and help more people", one user wrote.

Old Friend of the Chinese People

Over the years, Bill Gates has managed to build cordial relations with Beijing, something that resulted in Microsoft’s products gaining a considerable presence on the Chinese market. The charitable foundation set up by the software developer and his wife Melinda has worked together with Chinese authorities on a number of projects in the country, ranging from HIV prevention to poverty.

In 2006, Gates hosted former President Hu Jintao for dinner at his home in Washington. Then, in 2018, the Communist Party hailed him as "the Chinese people’s old friend", a title Beijing uses for foreigners with whom the country has deep ties. Later, in 2020, President Xi Jinping thanked Gates for his support in fighting the coronavirus pandemic. The Bill and Melinda Gates Foundation has donated $1.8 billion to research SARS-Cov-2 as well as for the development and distribution of coronavirus vaccines.