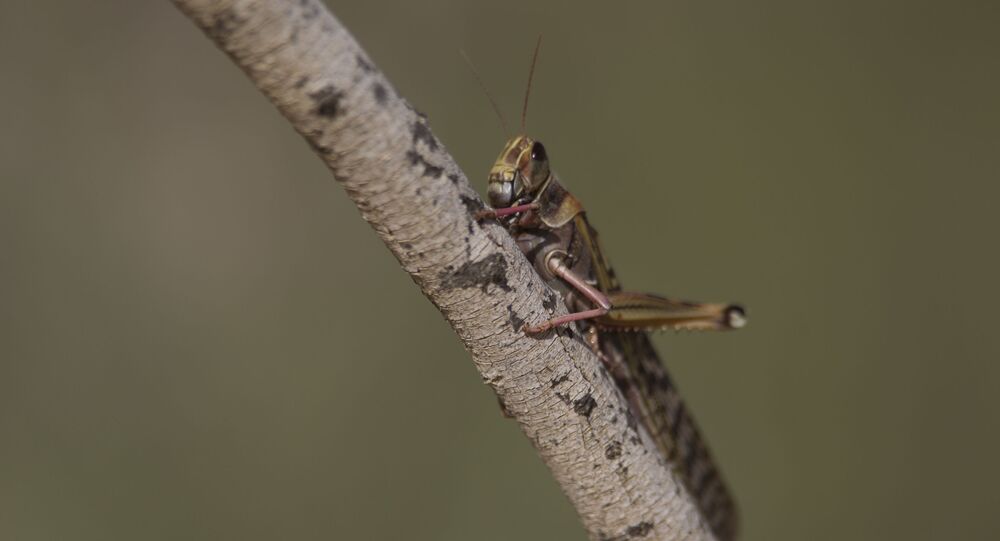 Locusts have historically been associated with major devastation, being considered as pest bugs that typically come in the millions, are good fliers, and devour vegetation in almost no time.

Southern Israel has been plagued by armies of locusts as they swarmed the area of Eilat and Arava over the weekend, conjuring up scenes from the Book of Exodus in the Bible's Old Testament.

As explained by Amir Balaban, urban nature director for the Society for the Protection of Nature in Israel (SPNI), judging by the yellow colour of the pests, they are mature and can easily and swiftly move around large swathes of land.

Whatever the widely reported negative implications for agriculture, according to Balaban, the locusts’ presence benefits much of the wildlife, especially birds.

The swarm’s arrival coincides with the return of migrating birds from Africa to their breeding grounds in Europe and Asia, with the Eilat area thus being their first food stop after a lengthy journey over the Sahara Desert.
"It's a crazy protein festival!" Balaban exclaimed, speaking about the famished birds.

Israel: Locusts in Eilat and the Arava. 24-04-2021 pic.twitter.com/IfuJiQzuYv

As for the admitted negative implications, over the last two years alone, locust swarms have devastated around 2.5 million hectares of land around the globe, leaving about 20.2 million people facing slight to severe food shortages.

Catastrophe in 3,2,1: UN Food Agency Seeks Help as it Warns of Locust Invasion in Africa