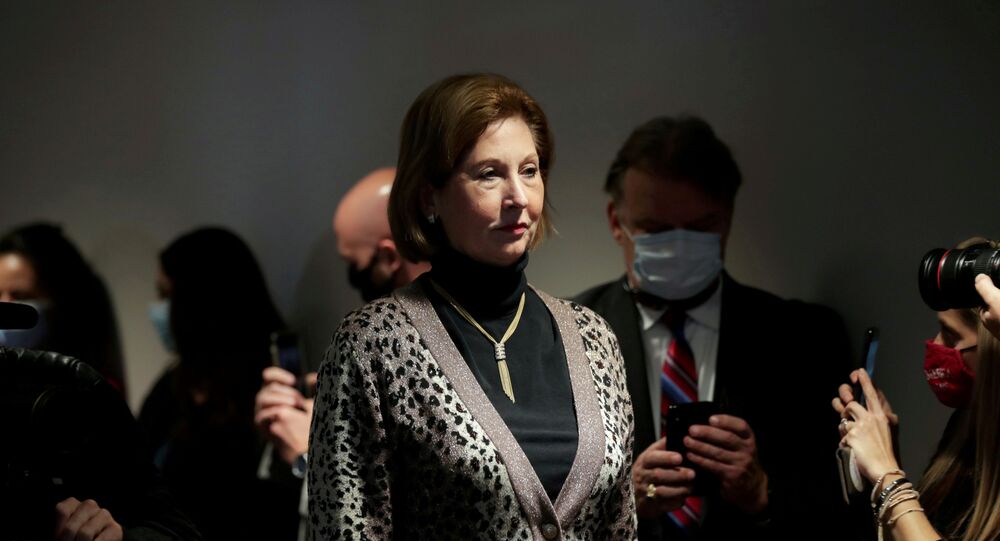 In a motion filed in federal district court in Washington, DC on Monday, the former Trump campaign attorney asked a judge to dismiss the defamation suit filed against her by Dominion Voting Systems.

In her motion, Powell argued that the court doesn’t have jurisdiction because the election technology company did not properly tie her supposed defamatory statements to Washington, DC. Powell in her request asked the judge to consider transferring the case to her home state of Texas if her motion to dismiss the case is rejected.

"All the allegedly defamatory statements attributed to Defendants were made as part of the normal process of litigating issues of momentous significance and immense public interest," the motion reads.

​In her filing, Powell said her claims about Dominion are protected by the First Amendment.

“In light of all the circumstances surrounding the statements, their context, and the availability of the facts on which the statements were based, it was clear to reasonable persons that Powell’s claims were her opinions and legal theories on a matter of utmost public concern. Those members of the public who were interested in the controversy were free to, and did, review that evidence and reached their own conclusions -- or awaited resolution of the matter by the courts before making up their minds,” the motion states.

If the case against Powell is dismissed, Dominion would not be able to take the case to trial, and Powell would have to present evidence that the claims about the company were true or she had a reason to believe such claims.

“Powell’s attempt to dismiss the case contradicts her claim that she wants to present her evidence in court. Dominion Voting Systems is eager for the case to move forward and intends to hold Powell accountable,” Clare noted.

Dominion filed the lawsuit against Powell in early January, just days after former US president Donald Trump loyalists breached the US Capitol.

"The recent attacks on the democratic process are not singular or isolated events," Dominion CEO John Poulos told reporters at the time, The Hill reported. "They are the result of a deliberate and malicious campaign of lies over many months. Sidney Powell and others created and disseminated these lies, assisted and amplified by a range of media platforms."