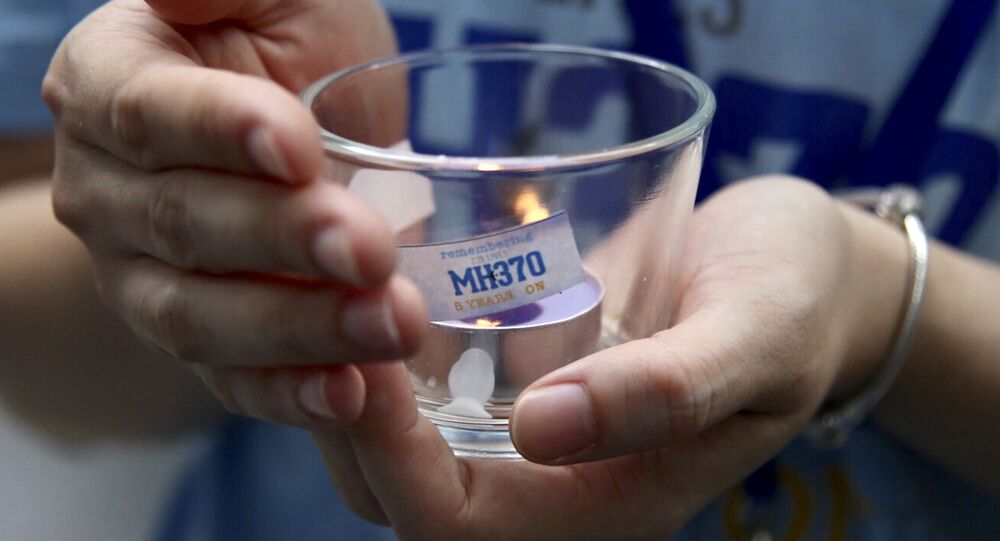 Search for Missing MH370 Could Reportedly Resume Due to Fresh Evidence

A Malaysian Airlines-owned Boeing 777 conducting flight MH370 disappeared in 2014, en route from Kuala Lumpur International Airport to its planned destination, Beijing's international airport. It disappeared from the radar some half an hour after takeoff while over the South China Sea.

Peter Foley, an expert behind the first massive search for the missing Malaysian Airlines Boeing, said that he agrees that a new hunt for the vanished jet should be launched in light of a new possible search area identified by oceanographers and flight experts, The Times reported Monday.

“Large tracts haven’t been searched fully,” Foley told The Times, adding that the sea floor 70 nautical miles either side of the original target area should be explored under the new inquiry.

According to ocean drift and revised flight path analysis data, the missing plane might have gone down about 1,200 miles west of Cape Leeuwin, Western Australia - an area known for its deep ocean floor canyons and underwater mountains.

Calls for a new search for the jet emerged after analysis of a piece of Boeing 777 debris discovered back in August was completed. According to the data, wing damage indicates that it was torn off in an uncontrolled "death dive", contrary to earlier theories claiming that the pilot conducted a controlled glide to ensure the jet will sink.

Debris from the vanished aircraft have been found in Mauritius, Madagascar, Tanzania and South Africa.

A mysterious aviation accident, the 2014 disappearance of the Malaysian Airlines plane sparked multiple conspiracy theories. Some believe the plane was shot down, some allege it was hijacked and flown to some secret base in Kazakhstan, while others claim it was ditched in Cambodia jungles.

The ill-fated MH370 flight disappeared from radar on 8 March, 2014, after 38 minutes after takeoff, and was last detected over the South China Sea. An hour later, it was spotted by military radar, deviated from its planned route crossing the Malay Peninsula and the Andaman Sea. All 227 passengers and 12 crew members are presumed dead.