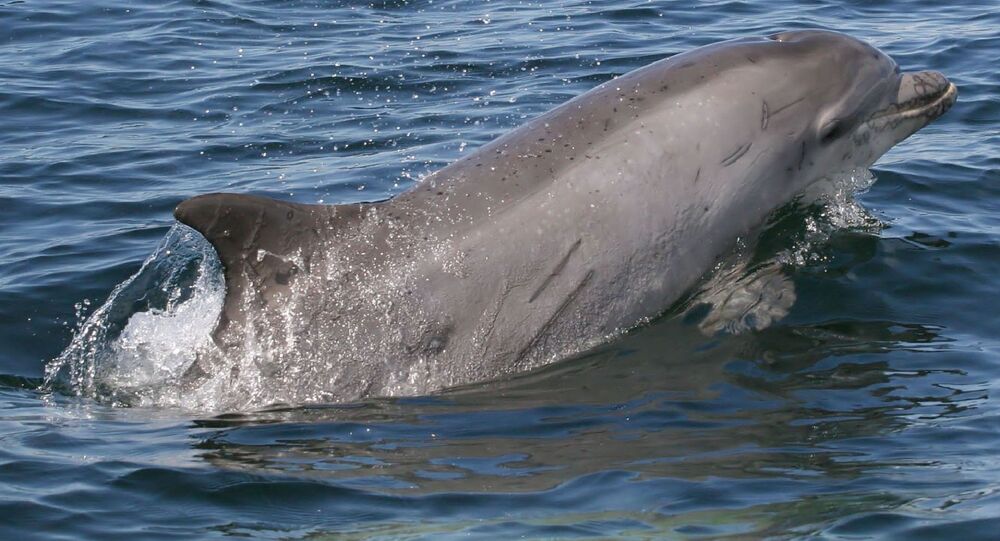 Dolphins are aquatic mammals, and are considered one of the world’s most intelligent animals, with several cognitive abilities related to perception, communication and problem-solving. There are 40 surviving species named as dolphins.

A new study, published in the Journal of Comparative Psychology, compared 134 male and female bottlenose dolphins at facilities the world.

The dolphins’ personalities were evaluated by staff at the facilities. The study revealed that dolphins share certain personality traits, namely curiosity and sociability, with humans. Such similarities were identified even though dolphins evolved in different environments from primates, which human beings evolved from.

In a statement to the Guardian, Dr. Blake Morton, a psychology lecturer at the University of Hull and the lead author of the study, revealed that this study marks the first time that dolphin personalities have been studied in this manner.

“Dolphins were a great animal for this kind of study because, like primates, dolphins are intelligent and social. We reasoned that if factors such as intelligence and gregariousness contribute to personality, then dolphins should have similar personality traits to primates,” Morton explained.

“Dolphins, like many primates, have brains that are considerably larger than what their bodies require for basic bodily functions; this excess of brain matter essentially powers their ability to be intelligent, and intelligent species are often very curious,” he added.

Morton also went on to explain that the widely accepted model of human personality includes given traits: openness, conscientiousness, extraversion, agreeableness and neuroticism.

“Scientists still do not fully understand why our behavior comes down to those five traits, so one way of doing that is to compare ourselves to other animals – what we share in common and why,” Morton explained.

“Most research has been done on primates so we decided to do something different and look at dolphins. No one’s ever studied personality in dolphins before in the way we have,” he added.

Although the study revealed that dolphins have similar personality traits to humans, the study did not conclude that human and dolphin personalities are identical, Morton explained.

“I don’t want people to misinterpret that and say humans and dolphins have the same personality traits – they don’t. It’s just that some of them are similar,” he pointed out.

According to Whale & Dolphin Conservation USA, whales and dolphins both have large brains and large-brained creates usually have several things in common: they are sociable, they live long lives, their behavior is complex, females give birth to only a few offspring and they “take extraordinary care of each baby while teaching them life skills.”

US Kayaker Gets Smacked by Dolphin