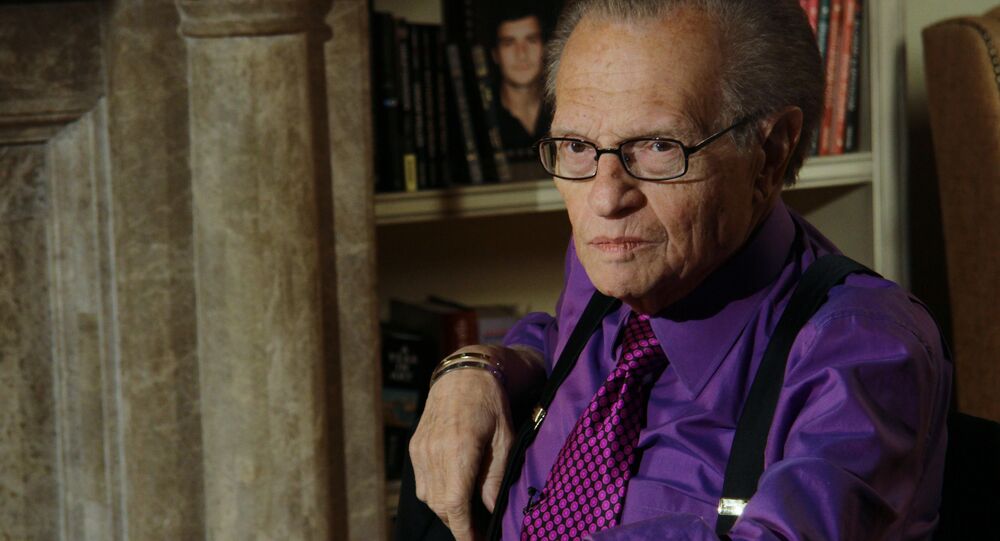 The award-winning television and radio host was one of America's leading interviewers of politicians, foreign leaders, celebrities, and other public figures. Through a career spanning over 60 years, he did over 30,000 interviews.

Veteran US journalist Larry King has passed away at the age of 87, his official Twitter account has confirmed.

"With profound sadness, Ora Media announces the death of our co-founder, host, and friend Larry King, who passed away this morning at age 87 at Cedars-Sinai Medical Center in Los Angeles," the statement reads.

King is survived by five children and multiple ex-wives.

His 63-year career in broadcasting saw him interview tens of thousands of people, from politicians and celebrities to various personalities appearing in the news cycle. Viewers appreciated him for his generous interviewing style, which included allowing interviewees to respond without interruption, and featuring relevant follow-up questions, leading to organic, informative discussions.

King came to national prominence in the US thanks to his 25-year-long run on CNN's Larry King Live, which saw him interview every US president from Richard Nixon to Donald Trump, the New York business mogul whom King considered a friend long before he entered politics.

He also interviewed a host of foreign leaders, becoming one of the first foreign journalists to interview Russian President Vladimir Putin in 2000.

He had several close calls with death over a 30-year period, suffering a massive heart attack in 1987, fighting cancer, and suffering a stroke in March 2019 which left him in a coma for several weeks. King was hospitalised in late December 2020 after testing positive for Covid-19.