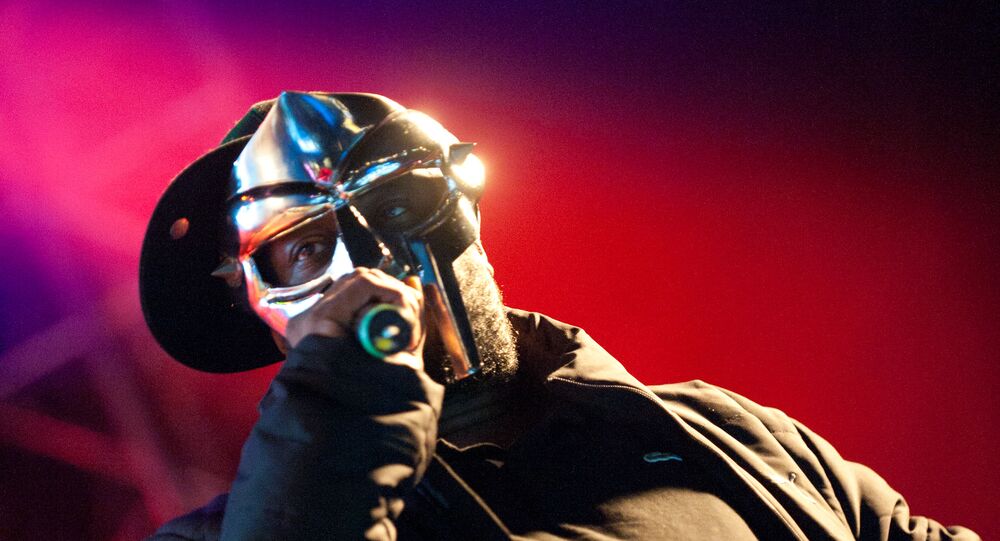 The death of US rapper MF Doom, or Daniel Dumile, who was particularly famous for his unusual flow and signature mask, was announced on social media by his wife, Jasmine.

The beginning of the year 2021 has been kicked off by some sad news, as it became known on Thursday that the British rapper, Daniel Dumile, known by his artistic pseudonym MF DOOM, had passed away at the age of 49.

"My world will never be the same without you. Words will never express what you and Malachi mean to me, I love both and adore you always. May THE ALL continue to bless you, our family and the planet", the rapper's wife Jasmine said in his Instagram account, announcing on 31 December, 2020, that he had died two months earlier, on 31 October.

MF DOOM's wife did not reveal what caused the death of the hip hop artist.

The rapper's fans took to Twitter to mourn his death, praising him as "one of the best lyricists" and thanking him for his work in hip hop. The wave of users flocking social media, saddened by the death of MF DOOM, propelled his name to world trends.

RIP MF Doom!!!
One of best lyricist ever pic.twitter.com/Mq8LEwfFiv

MF DOOM was one of the first people who really got me into not only hip hop but how people use language and words in general. It really hurts to know he's gone https://t.co/a1hHfidfW8

Damn 2020 ...you going away but taking MF DOOM and Adolfo Shabadoo? Hip Hop culture going through it on the final days.

To all the many MF DOOM fans out there. I really hope you’re okay. We all go through this, I’ve been through it twice, I hope you can get through this okay too. Remember that you’re not alone😔❤️

​MF DOOM was famous for a signature mask that he wore when performing, said to impersonate Marvel's villain Doctor Doom.

His last full solo album, Born Like This, was released in 2009.

Albanian Rapper Gave Out Advice on How to Sneak Into the UK Illegally, Media Claims