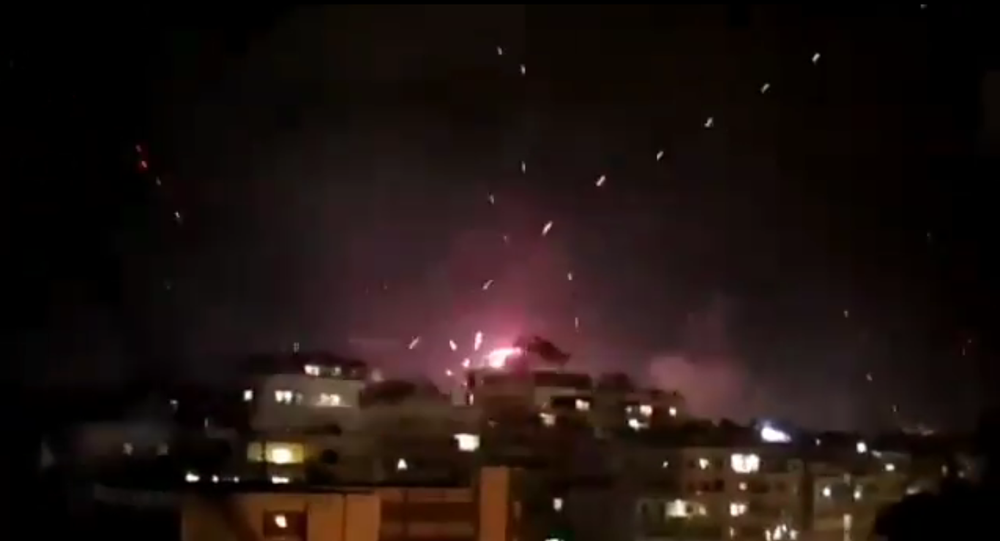 The Lebanese authorities have issued widespread bans on New Years celebrations this year, thanks to the COVID-19 pandemic and the ongoing recovery from the August explosion at the Port of Beirut that wreaked havoc on the city. However, as 2021 begins, it seems clear that some traditions won’t be put away so easily.

As the clock strikes midnight on New Years Eve, cities around the globe have launched massive fireworks shows into the sky to ring in the new year. However, in Lebanon a lot more than just fireworks danced across the skies.

Early Friday morning, in the moments after the turning of the year to 2021, folks in Beirut naturally bade farewell to the old year and welcomed the new in with a bang.

​Someone looked for a bit of good luck from 2021, with 2020 having been such a miserable year, and decided to smash a plate. However, in the video, it’s hard to tell if it broke on impact just by listening, thanks to a chaotic cacophony ringing across the city.

​That rhythmic rat-tat-tat isn’t firecrackers, though, nor are all the dashing lights dancing across the Beirut sky just fireworks. That’s right, it’s hundreds of people shooting automatic rifles into the sky.

What you see in this clip is a very small percentage of fireworks and the rest are heavy gunfire shooting towards the sky. 😩 #Beirut 🇱🇧 #HappyNewYear2021 pic.twitter.com/hKTTOtEj4H

So much gunfire to welcome in 2021. Appropriate I guess? #beirut pic.twitter.com/wFbvOJIWKf

​What ensues looks like a combat zone, with would-be anti-aircraft guns firing at invisible strike aircraft. However, for the Lebanese capital, this kind of celebration is actually routine.

Back in 1981, the Lebanese government actually tried to ban the practice, since all those bullets that go up must eventually come down, and when they do, they tend to hit people scattered across the capital.

However, the ban has rarely been adhered to. According to Arab News, a ban on firing guns in the air was joined this year by bans on social gatherings, thanks to the COVID-19 pandemic. At least one of those rules clearly was not obeyed.