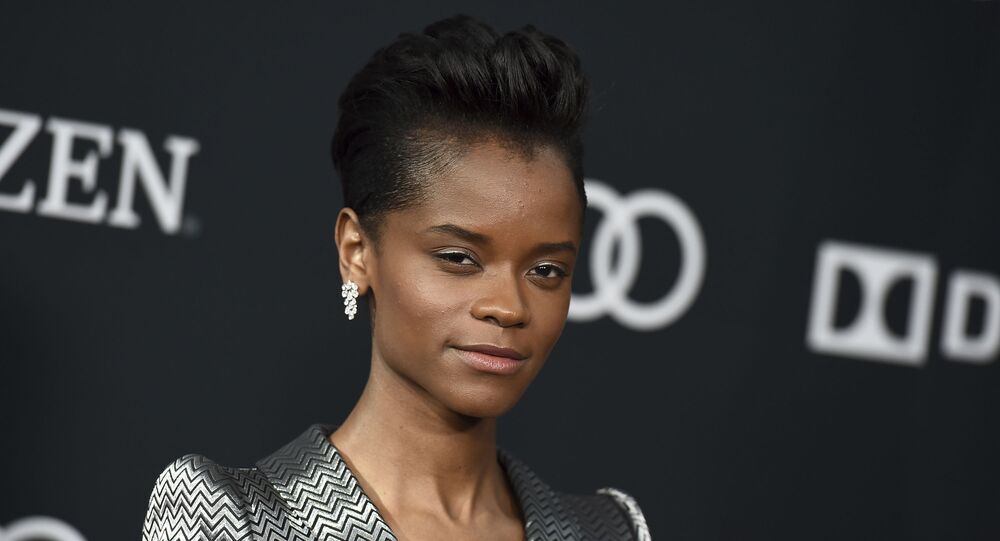 Letitia Wright, who portrayed Shuri, a sister of the superhero Wakanda king T'Challa in the Marvel movies, shared a video in which the Light London Church leader, according to The Variety, questioned the legitimacy of coronavirus vaccines.

Marvel star Letitia Wright on Friday took to Twitter to defend her earlier post, in which she tweeted a now-deleted lengthy video that cast doubt on coronavirus vaccine. The video caused waves on social media, with users flocking to her account to denounce the publication for "spreading misinformation" and reluctance to "denounce transphobia" by the speaker that was featured in the video.

"if you don’t conform to popular opinions. but ask questions and think for yourself....you get cancelled", Wright tweeted, posting a follow-up. "My intention was not to hurt anyone, my ONLY intention of posting the video was it raised my concerns with what the vaccine contains and what we are putting in our bodies. Nothing else."

if you don’t conform to popular opinions. but ask questions and think for yourself....you get cancelled 😂

my intention was not to hurt anyone, my ONLY intention of posting the video was it raised my concerns with what the vaccine contains and what we are putting in our bodies.

​The YouTube clip - currently blocked for violating the rules - is described by Variety as a 69-minute video from YouTube channel On The Table that includes commentary from a Light London Church leader, Tomi Arayomi, who, apart from questioning COVID vaccines, also shared his scepticism of climate change, accused China of spreading the coronavirus and delivered transphobic comments.

In what was seen by the actress as an attempt to "cancel" her, netizens stormed to Wright's account, denouncing her for sharing the clip.

You posted something suggesting that the vaccines were injecting Lucifer, that's a wee bit more than just questioning if it's safe.

Take a look at your transphobia!

You haven't taken any RESPONSIBILITY for the your bigotry, the hatred you've spread, and the IMPACT it has on the lives of an already marginalized group of people.https://t.co/91VatzBOoN

​People argued that if the actress had questions or doubts about the vaccines, she could have delivered her thoughts in text rather than share a controversial video.

people would have been more receptive if you just tweeted you had concerns about the vaccine as many are feeling the same apprehension. you tweeted out a video with blatant misinformation that can be debunked with high school level biology.

You have to understand the platform you have & the responsibility that comes with having such a platform.

The video not only has several things disproven by easy googling, misrepresentation of common chemicals, but is also transphobic.

Thats what you shared while tripling down.

​Even Don Cheadle, a Marvel actor who portrayed War Machine, engaged in the discussion.

jesus... just scrolled through. hot garbage. every time i stopped and listened, he and everything he said sounded crazy and fkkkd up. i would never defend anybody posting this. but i still won't throw her away over it. the rest i'll take off twitter. had no idea. https://t.co/7uDlP1xwDL

​After Wright deleted her initial tweet and posted explanations, many people voiced support to her. Among those, a speaker from the video took to Facebook to denounce the outcry toward his commentary, arguing that he "didn't know free speech was a crime in this country".

"I didn’t know black lives only matter as long as they agreed with the mainstream orthodoxy. Last time I checked, we lived in the Western world, I had no idea that we would wake up in some Orwellian nightmare where discourse gets you cancelled from youtube and blasted in the mainstream media", Arayomi said.

So-called 'cancel culture' is a phrase applied to the phenomenon of a person, often a celebrity or another kind of influencer, is boycotted and condemned for expressing an opinion that is considered by the majority to be repugnant, wrong, or otherwise controversial.

Among others, British writer J.K.Rowling was 'cancelled' when she piqued an article containing the words "people who menstruate", jokingly arguing that the word "women" would be more appropriate than "people," as it was reportedly seen to ignore the cross-gender and gender-fluid. Pop singer Adele met intense backlash for making a bantu-knot hairstyle and putting on Brazilian clothes for Carnaval, seen by some as cultural appropriation.