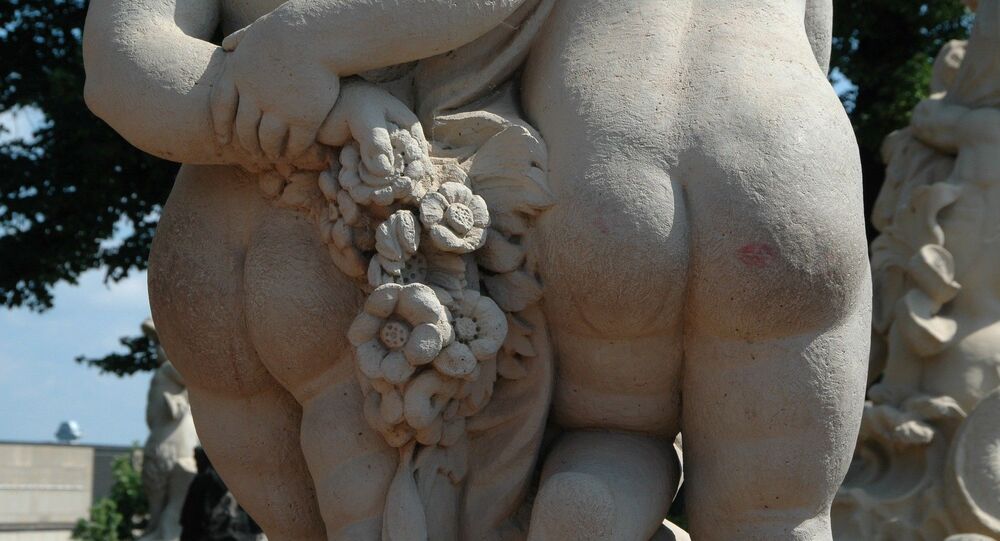 While medieval literature does feature numerous example of human lips meeting human backsides, Dr. Erik Wade of the University of Bonn has explained that said scenes were intended to be comical rather than sexual.

While today, the phrase "Kiss my a**!" might be regarded as sassy rebuttal or perhaps an offer to engage in some intimate activities, depending on the context, it turns out that a few centuries ago, the latter meaning would've eluded people as certain actions that are considered sexual today weren't regarded as such back then, the Daily Beast reports.

As Dr. Erik Wade of the University of Bonn has explained, the likely reason for this was the fact that "these images, as well as the references in literature to lips encountering backsides, seem to all be comical", noting that while there are numerous examples of "comical scenes involving kissing a person’s behind", none of them seem "explicitly sexual".

The media outlet adds, citing "Sin and Filth in Medieval Culture: The Devil in the Latrine" by Martha Bayless, how Christians back then considered lower parts of human body – the backside especially – as a source of "sinfulness" and "filth". Wade observed that this is "why medieval illustrations of devils often had faces on their groins or backsides, to show that their bodies were as disordered as their morality".

"Kissing a rear end meant that your morality was distorted", he said.

The aforementioned penitential manuals, which Wade says “addressed questions that people had posed to the archbishop”, also depict various "sexual sins" that people in the Middle Ages were apparently worried about, mentioning "the penance for sex between the thighs, incest, men raping women, pedophilia and—in one unusual tidbit—how much penance a nun should do for having sex with another nun using a 'device'."