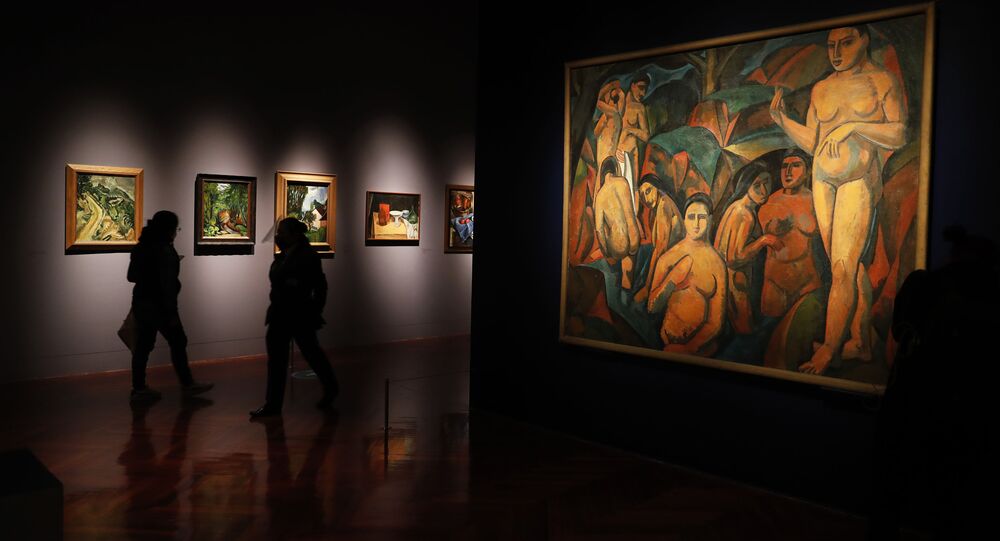 The French government indicated Thursday that it will be returning three paintings to the heirs of renowned Jewish gallery owner René Gimpel, whose prized works were looted during World War II by Nazi officers.

The three works at the center of the theft were painted between 1907 and 1910 by Fauvist painter Andre Derain and were acquired by Gimpel in Paris during the sale of art dealer Daniel-Henry Kahnweiler’s collection in 1921. Gimpel had galleries in Paris, London and New York.

At present, the paintings are housed at two French institutions - two are at the Modern Art Museum in Troyes, and the third is located at the Cantini Museum in Marseille. Though the paintings have been renamed throughout the years, they are currently known as “Paysage à Cassis,” “La Chapelle-sous-Crécy” and “Pinède à Cassis,” ARTnews reported.

The French state’s decision came as a result of an appeals court ruling on Wednesday in Paris that overturned a prior decision by a lower court that the government did not have to return the works. The lower court previously ruled that there were a variety of uncertainties regarding the canvas paintings, such as differing names and the lining of the works, that brought into question the claim by Gimpel’s heirs.

However, upon review of the evidence, the appeals court ultimately wrote in its ruling that there are “precise, serious and concordant indications” that the paintings were indeed looted and “whose sale is null.”

Corinne Hershkovitch, a lawyer for Gimpel’s heirs, told reporters that the outcome was “great” and that the team is “very happy to be recognized.” Hershkovitch had previously indicated that the names and fits of the paintings failed to match the ledger from the 1921 sale because Gimpel renamed them for marketing purposes and simply relined the works.

Nearly a year after the German invasion of Poland, Gimpel, who would eventually become a member of the French Resistance, fled Paris for the French Riviera in October 1940, according to French daily Le Figaro. He was later arrested in 1944, at which time many of the works in his collection were confiscated.

Gimpel was eventually deported to the Neuengamme Nazi concentration camp in northern Germany. He died in January 1945, a few months before the end of the war.

Although Gimpel’s heirs claimed a win with the Paris court’s ruling, their fight is not yet over, as they are still attempting to recover other works from his collection.

Macron: France Has Info Militants Sent From Syria to Fight in Karabakh Conflict