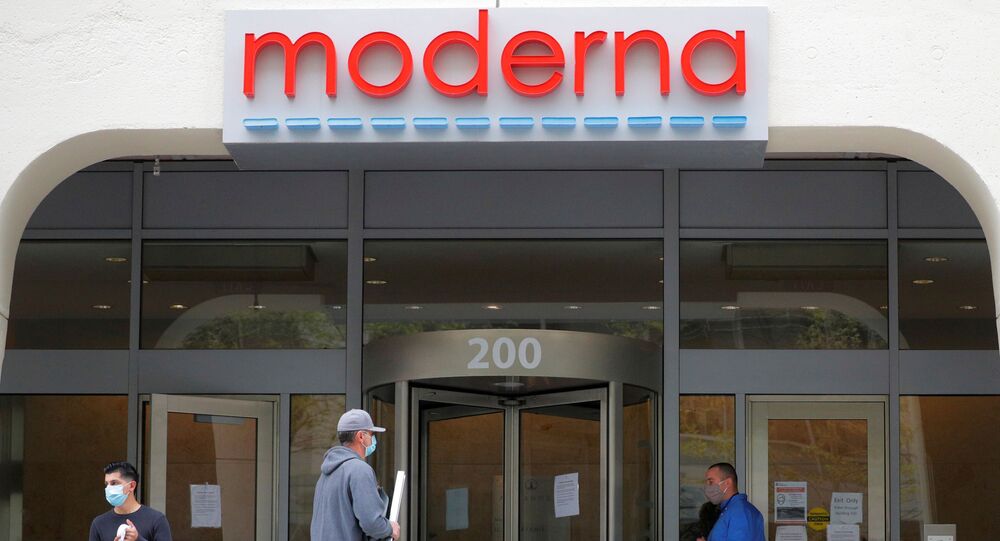 US drugmaker Moderna revealed Wednesday that it won’t seek an emergency use authorization (EUA) for its COVID-19 vaccine before November 25, more than three weeks after the US election.

“November 25 is the time we will have enough safety data to be able to put into an EUA file that we would send to the FDA (Food and Drug Administration) - assuming that the safety data is good, i.e. a vaccine is deemed to be safe,” Moderna CEO Stéphane Bancel said in a statement to the Financial Times.

Bancel also told the outlet that the company’s vaccine won’t be available before next spring.

"I think a late [first quarter], early [second quarter] approval is a reasonable timeline, based on what we know from our vaccine," Bancel noted.

In mid-September, however, Bancel told CNBC that Moderna should have sufficient data from its late-stage trial to determine whether its vaccine works in November.

The latest revelation casts doubt on US President Donald Trump’s claims that the US could have a vaccine for SARS-CoV-2, the virus that causes COVID-19, by October and that the country will have distributed 100 million doses of the vaccine by the end of the year.

Moderna this week also published data in the New England Journal of Medicine that shows that its COVID-19 vaccine triggered an immune response in adults over the age of 55 equivalent to the immune system response exhibited in younger recipients of the vaccine.

Older COVID-19 patients see worse outcomes from the disease but some vaccines fail to immunize them, raising concerns on immunizing older, vulnerable populations, which, according to Trump, will be the first group of individuals to gain access to the potential vaccine before it is made available to the public.

The recent trial, led by a team of researchers at Emory University, involved 20 adults between the ages of 56 and 70 and 20 adults aged 71 and older. The participants received two doses of either 25 micrograms or 100 micrograms of vaccine administered 28 days apart.

The study found that adverse events associated with the vaccine were mild to moderate and included fatigue, chills, headache, myalgia and pain at the injection site. The side effects were also found to be dose-dependent and more common following the second dose.

The researchers also found an increase in COVID-19 immune system antibodies in study participants who received the shots. While there was an increase in COVID-19 system antibodies after the first shot, the numbers rose even further following the second dose. In addition, the antibody responses in the participants "appeared to be similar to those previously reported among vaccine recipients between the ages of 18 and 55," the researchers noted.

"As those at highest risk for severe COVID-19 infection are older adults, it is crucial to understand how well the vaccine works in this age group," Amesh Adalja, an expert not involved in the trial, told UPI.

Director of the US National Institute of Allergy and Infectious Diseases Dr. Anthony Fauci confirmed in a statement last week that there are currently four COVID-19 vaccine candidates undergoing Phase 3 clinical testing in the US, which are being developed by Johnson & Johnson, Moderna, Pfizer and AstraZeneca.