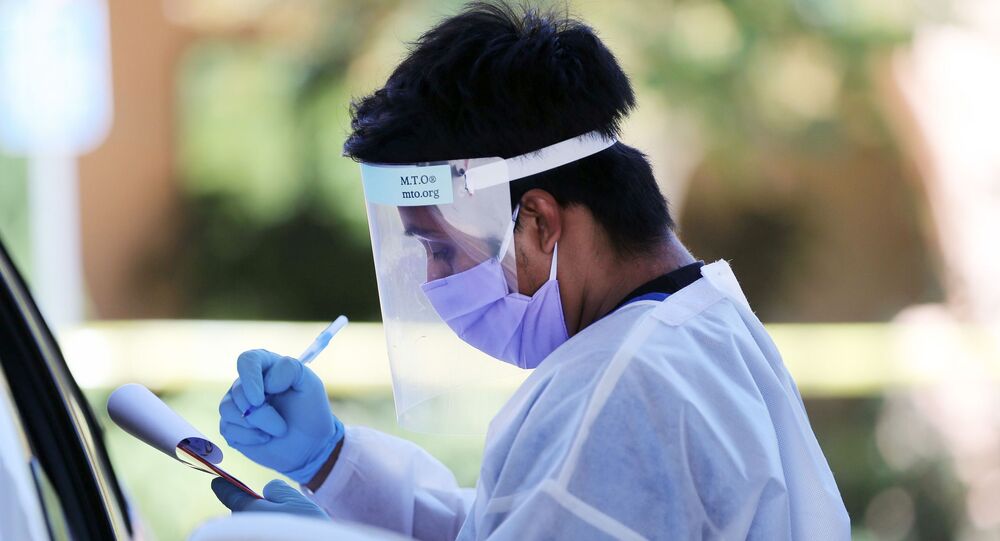 The D614G mutation, a common strain of the COVID-19 novel coronavirus that has been found in Europe and North America and recently in parts of Asia, may be more infectious than other strains. However, it may also be less deadly, according to Paul Tambyah, the president-elect of the International Society of Infectious Diseases.

Some evidence suggests that proliferation of the D614G mutation correlates to a drop in death counts from COVID-19, Tambyah explained, Reuters reported.

"Maybe that's a good thing to have a virus that is more infectious but less deadly," Tambyah told Reuters, also noting that viruses typically become less deadly as they mutate.

"It is in the virus' interest to infect more people but not to kill them because a virus depends on the host for food and for shelter," he said.

The mutation was discovered as early as February and has been the predominant strain in the US and Europe. It was more recently discovered in Southeast Asia, particularly in India, Malaysia and the Philippines.

On Sunday, Malaysian Director General of Health Noor Hisham Abdullah warned the public about the mutation after it was discovered in two case clusters, one in Sivaganga, a town in India, and one in Ulu Tiram, a Malaysian town. In a Facebook alert, he warned that the strain was 10 times more infectious than others and may thus not respond to a potential vaccine.

However, according to both Tambyah and Sebastian Maurer-Stroh of Singapore's Agency for Science, Technology and Research, virus mutations are unlikely to reduce the effectiveness of potential vaccines.

"[The] variants are almost identical and did not change areas that our immune system typically recognize, so there shouldn't be any difference for vaccines being developed," Maurer-Stroh told Reuters.