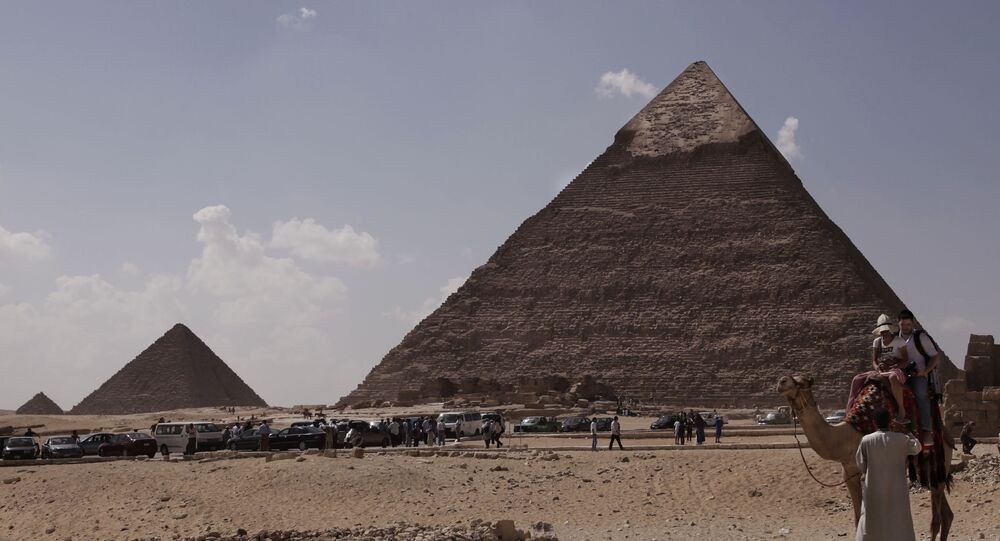 The difficulties in building the pyramids are believed to have sparked various technological advances at the time of their construction 4,500 years ago, with one of them supposedly being a method for shipping huge limestone blocks along the Nile River.

Cutting-edge isotope analysis has enabled researchers to shed light on breakthrough solutions used by the Ancient Egyptian civilisation and, in particular, the origins of the Great Pyramid of Giza, the grandest landmark of the Cairo outskirts and one of the Seven World Wonders, as revealed by Amazon Prime’s “Egypt’s Unexplained Files”.

“Investigators begin considering how in a time before people know how to smelt iron, the ancients carve out the pyramid’s estimated 2.3 million stone blocks”, the programme on the world’s “first mega-monument”, Khufu’s Pyramid that has to date survived 4,500 years, recounts.

The series goes on to explain how isotope analysis was used on artefacts made of ancient copper, a relatively soft metal, to determine their origin - it was ultimately found to be from the Sinai Peninsula, hundreds of miles away from the pyramid. This is where it was purportedly supplied from, as copper chisels tended to blunt or break easily when carving rock, and experts believe this “posed a significant logistical problem”, the narrator notes.

The realisation that Sinai was home to copper kickstarted “a whole mining enterprise” that fulfilled not only the demand for necessary tools to erect Khufu’s Pyramid, but also the tombs in the Valley of the Kings centuries later.

“By demanding elaborate monuments, Egypt’s elites, perhaps inadvertently, sparked a form of industrialisation” that made it possible for their growing society to flourish, the narrator assumes.

Another issue considered at length by the investigators is the way the Egyptians managed to transport huge quantities of stone from quarries hundreds of miles away from the pyramids.

“Ancient records confirm that there is only one feasible method to transport the stone – on boats along the Nile”, the series has it, referring to the river as “a sophisticated transport network" that allowed Egypt’s civilisation to thrive for over two millennia.

The civilisation owed its overwhelming progress not least to King Khufu personally, as he created a type of society that “supported Ancient Egypt’s enduring civilisation”.

Khufu’s Pyramid is the oldest and largest of the three ancient monuments on the Giza Plateau and is believed to have been built specially for the famous pharaoh, although his body has never been recovered from the tomb. It is the only Wonder of the World still largely intact: it is estimated to weigh about six million tonnes and is made up of huge 80-tonne limestone and granite blocks.