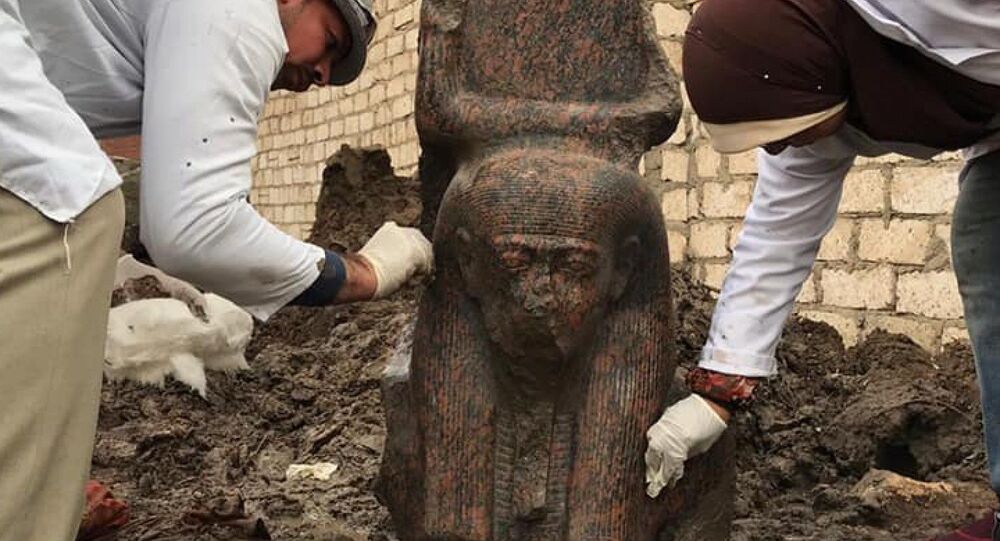 The ancient missive reportedly shows how the rivals of ancient Egyptians had to seek the latter's help in the face of the looming calamity.

A request for aid sent by the Queen of the Hittites to legendary Egyptian pharaoh Ramses II over three thousand years ago provides additional insight into the nature of the crisis that plagued the region back then, the Daily Express reports.

Citing the "Egypt’s Unexplained Files" TV series, the newspaper notes that around 1,250 BC, the region in question was ravaged by "an extreme drought", and the queen sent this missive, written on a clay tablet, despite the fact that Egyptians and Hittites were actually rivals.

"Written by a nation called the Hittites, rivals to the ancient Egyptians 3,000 years ago, it’s an SOS letter to the great Egyptian pharaoh Ramses II begging for help", the series' narrator said.

As Campbell Price from the Manchester Museum explained, the drought lasted some 150 years and brought "once great empires to their knees because of the lack of food", forcing "old enemies" to "pair up and help each other out".

While the narrator noted that the letter in question led experts to believe that Egypt was unaffected by the drought, archaeologist Alan Macca said that "the Egyptians were able to actually help their arch-enemies by sending grains", adding that new carbon isotope data suggests that "fish and meat were not a large part of the Egyptian diet" as "they were mostly harvesting and eating wheat and barley."

"Different levels of carbon are stored in the body by different foodstuffs", Price explained. "By analyzing these levels and evidence of the mummies, we can work out what people ate. The Egyptians appear to have been vegetarian."