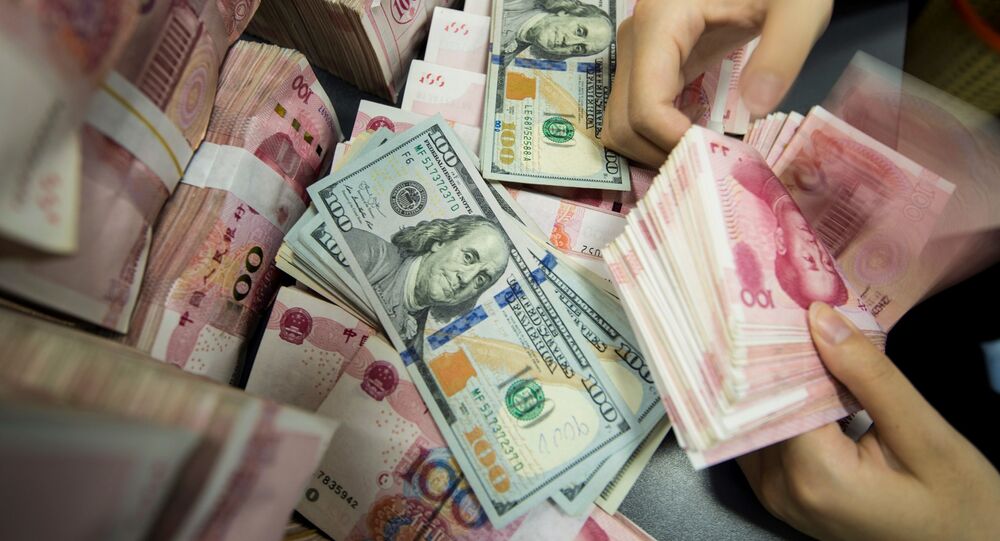 The US dollar could potentially weaken against other currencies, including the Chinese yuan, if there is a resurgence of COVID-19 cases, according to Deutsche Bank’s chief Asia macro strategist.

During the Monday broadcast of CNBC’s “Street Signs,” Deutsche Bank’s Sameer Goel explained that currency markets are currently dealing with “multiple cross-currents” over fears of a second COVID-19 wave.

Goel’s comments come after more than 30,000 new COVID-19 cases were reported in the US over the weekend, CNBC reported. In addition, there has been a surge of infections in the Chinese capital of Beijing in recent weeks; more than 200 COVID-19 cases have been reported there since June 11.

The US dollar index, which is the value of the dollar relative to various foreign currencies, was at 97.00 Monday afternoon and has increased since early June, when it was closer to 96.5.

The index decreases when the dollar weakens compared to other currencies.

According to Goel, “that emergency dollar demand seems to be waning” even though the US dollar is the world’s reserve currency and is typically relied on by investors during uncertain times like the COVID-19 pandemic.

“The exit strategy for the US, if anything, looks poorer than it is for the rest of the world,” he also noted on the topic of the US’ lifting of lockdown measures. “Our mobility tracker suggests that, bulk of Europe, for example, is opening up faster than [the] US is,” he added.

Goel also predicted that the Chinese yuan will have a more favorable future than the US dollar. As of Monday, the yuan was trading at 7.06 per dollar.

“We’ve seen yuan being relatively sort of stable and within a range, and that is partly to do also with ... a lot of dividend payments and the fact that obviously there was a lot of noise along the US-China axis as well,” Goel explained. “Of late, we have seen that it feels like at least the phase one trade deal seems largely secure, for now.”

The US Federal Reserve revealed two weeks ago that it plans on keeping interest rates near zero as the US continues grappling with the COVID-19 pandemic.

“I think all that does give you a little bit of a window here for potentially, the [yuan] to trade sort of stronger versus the dollar and potentially through 7 as well,” Goel explained, in reference to the Federal Reserve’s decision.

However, he also noted that poor relations between the US and China ahead of the US 2020 elections in November could negatively impact the Chinese currency.

“I think that’s the one thing which is holding back the [Chinese] currency,” Goel noted.