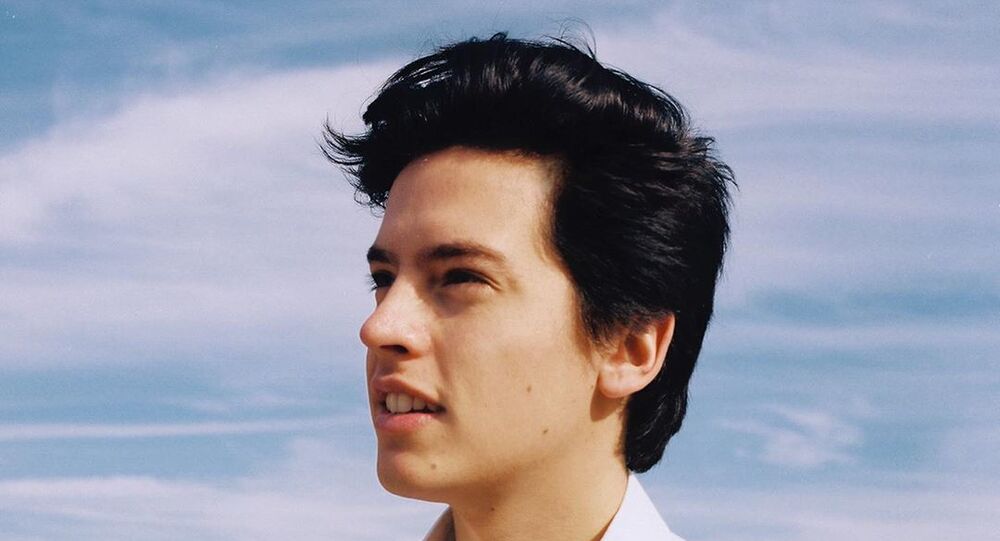 The actor urged others to look into the accusations in question, “as the events detailed were factually untrue”.

American actor and “Riversdale” TV series star Cole Sprouse has stepped forward to address sex assault allegations that were recently brought against him and several of his colleagues online.

As Page Six notes, the allegations in question were leveled by a Twitter user "Victoria”" who claimed that Cole approached her at a party back in 2013 when he "was at NYU" and, after they started making out and eventually got to his room, he "became aggressive".

"He then pushed me on the bed and put his hands under my shirt and started fondling my breasts I told him multiple times to stop, he wouldn’t listen. By then I’m in tears and gagging from the alcohol smell on his breath", she claimed. "With me still saying no he proceeds to undo my pants. After he was done he told me to leave."

We then started making out and he invited me to his room. I went but was a little tipsy having had like 3 drinks. Once we got to his room he became aggressive and shoved me against the bed, I pushed back against him but he didn't budge and I was drunk and he is bigger. He then

Done he told me to leave. I left and went home sobbing and took a shower for a while. I never told anyone because who would believe me over a rich Disney star. #colesprouse #tellingmystory exposing

​The media outlet also points out that another woman also made an accusation against another “Riverdale” star, KJ Apa, but that tweet was apparently removed due to the account being suspended.

"Earlier today myself and three other cast mates were falsely accused of sexual offense by anonymous accounts on Twitter", Sprouse tweeted in response, adding that “false accusations do tremendous damage to victims of actual assault".

False accusations do tremendous damage to victims of actual assault. Furthermore, I would never seek to silence anybody. I encourage that people look into the accusations themselves, as the events detailed were factually untrue. 2

​He also argued that he'd never try to "silence anybody", and encouraged others to look into the accusations themselves, "as the events detailed were factually untrue".

"This seems to be the latest claim in a series of incidents seeking to baselessly cancel my cast mates and me", Sprouse added.

This seems to be the latest claim in a series of incidents seeking to baselessly cancel my cast mates and me.

​Some social media users even suggested that Cole should seek legal action in response to these allegations, while others expressed their sympathy for him.

We are sorry for that and hope that everything will be resolved. 🙏

none of you deserved these accusations. i am so sorry. i hope you and your cast mates are doing okay. we love you sm

i love you cole and i hope you take legal action