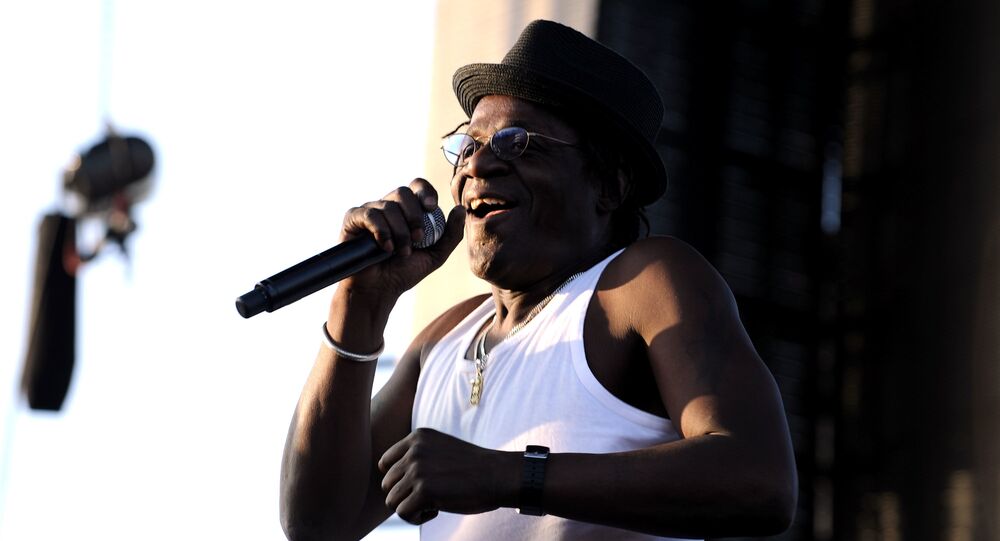 Furious netizens have rushed to defend a whole list of ska and reggae musicians, as well as their fans, who were suspended by Facebook over, they believe, their haircuts.

Hundreds of social media users including The Specials legend Neville Staple have complained about being banned from Facebook because they’ve been mistaken for racist skinheads.

Facebook are now banning SKA music, as the Skinhead scene was racist.

Addressing the incident, they say their musical and fashion identity is all about things like ska and reggae, without any links whatsoever to neo-Nazis.

On Tuesday, Neville, the 65-year-old rocker, called the social media giant to carry out more profound checks “before doing a general cull".

"Unity runs through the veins of me and Sugary Staple [Neville’s wife] plus all our 2Tone Ska community's veins", the musician pointed out.

Neville’s wife and vocalist Sugary shortly thereafter took to Twitter to confirm what had happened, posting:

Another person hit by the cull said, as reported by The Sun, that in a baffling move, he was targeted over his haircut.

"We are traditional skinheads, reggae, ska, old skool and we have all been branded racists", one shared with the edition, assuming the gaffe has something to do with the violent nationwide protests in the US. 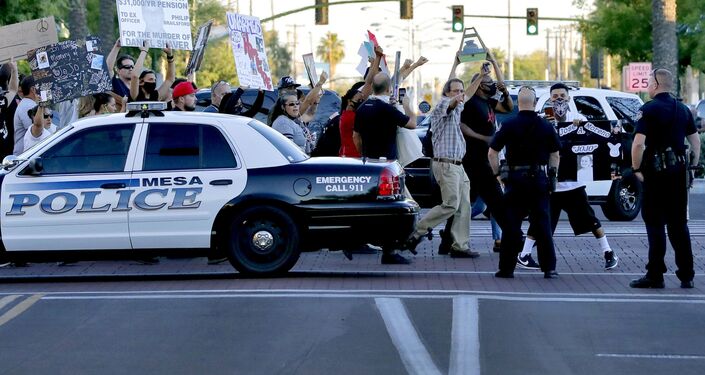 © AP Photo / Matt York
Protesters demanding police reform walk past Mesa police officers blocking a street, Tuesday, June 9, 2020, in Mesa, Ariz. The protest is a result of the death of George Floyd, a black man who died after being restrained by Minneapolis police officers on May 25

"President Trump has branded some white supremacy organisations as terrorists", he suggested.

One of the targets is "the British skinhead scene and culture", he went on, complaining about not being given any explanation.

"We aren’t connected to any groups or anything like that. It seems like even people with short hair have been taken off. Facebook have just tarred us with the same brush", he fought back.

It appears that not only musicians have been targeted in what they believe is a crackdown - their fans also have, in "an absolutely disgraceful" move.

So it seems Facebook have deactivated my account because I follow a lot of skinhead and mod groups. I think someone at FB HQ needs to do their homework before assuming all skinheads are racist. Absolutely disgraceful. #Skinheads #scooterist

The rhetoric was quickly upheld by netizens, stating the move is totally unjust and that the skinhead movement evolved out of the Mod generation in the 1960s, while their hairstyle was merely "adopted" later by racists.

Said it before, I'll say it again: skinhead ≠ racist

Said it before, I'll say it again: educate yourself before talking about subjects you dk about

Apparently Facebook are shutting down accounts of people who are part of the Skinhead culture. They don't realise that the racists stole the skin look and a high majority of skinheads are against racism.

Who are the racists, actions would suggest @Facebook don't understand Two Tone at all or the culture behind being a skinhead @NevilleStaple pic.twitter.com/ZuKcRbIe9r

Facebook said in response, without specifying the reasons for the blocking, that it was investigating the complaints, asking those whose accounts have been blocked to possibly submit photo IDs to be considered for reactivation.