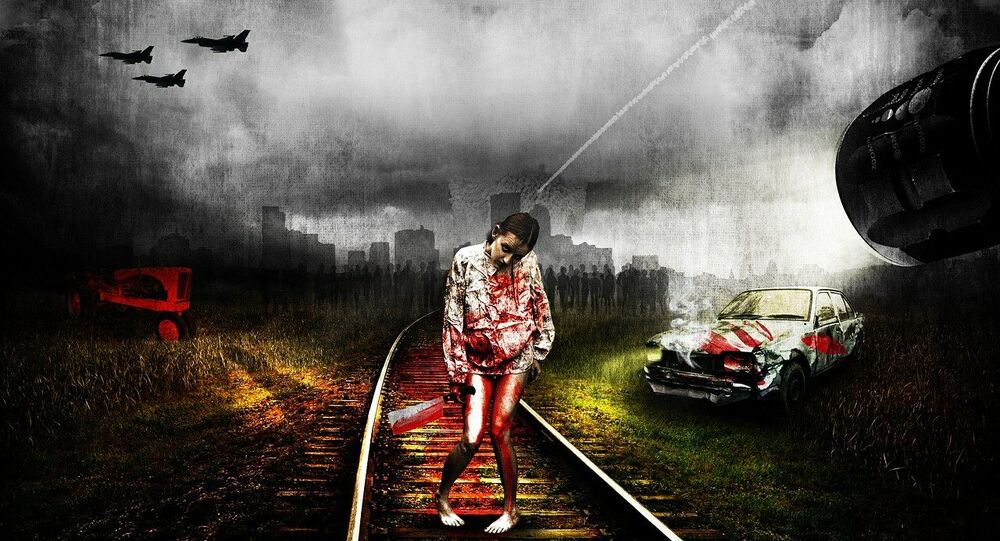 The arsenal discovered in the car apparently included crossbows, a taser, weapons designed to shoot tear gas and a truncheon.

It appears that Swedish customs officials made a rather peculiar discovery while checking a vehicle belonging to a German couple arriving in the country, as the car, adorned with an emblem of a "Zombie Response Team" and a warning that read "Infected people will be shot", contained a wide assortment of weapons within, the Daily Star reports citing local media.

According to the newspaper, the arsenal in question was comprised of over 20 items, including "multiple crossbows, a taser, several firearms designed to fire tear gas, a knuckle duster and a truncheon".

Complete with "Zombie Response Team" logo as well as the rather ominous warning that "infected people will be shot."

Do they know something that we don’t? #COVID19 pic.twitter.com/bBNk30K29O

The couple was apprehended upon arriving at Malmo on a ferry from Travemunde, Germany on 25 March, as they were apparently heading to their newly purchased summer home in Blekinge; both denied any wrongdoing, as the lady claimed she wasn't aware of the weaponry being present in the car, while her partner alleged he wasn't aware that bringing weapons into the country was illegal.

The prosecutor also reportedly noted that, given the couple's choice of car which is anything but inconspicuous, it seemed unlikely that they were deliberately trying to smuggle weapons into the country, while the newspaper suggests that the duo might actually "belong to a role-playing organisation that acts out doomsday scenarios".