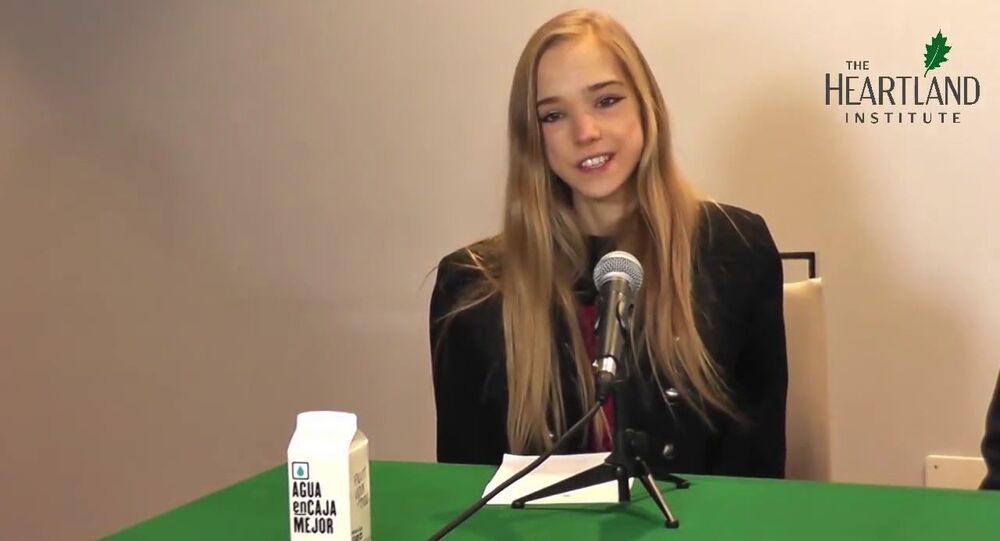 A young German YouTuber doesn’t like to be compared to Greta Thunberg in any way, saying her vision did not develop in response to the Swedish activist, but more likely in parallel with her, sparked by her disagreement with German authorities’ liberal immigration policies.

A US think tank believes it has found an appropriate person to counter ”climate alarmism” and challenge the extraordinary phenomenon of teenager Greta Thunberg - a 19-year-old German girl, Naomi Seibt, The Washington Post reported.

She is a European blonde, no less outspoken and eloquent than Thunberg, but behind - at least for now - the Swede in terms of internet popularity.

Although she doesn’t deny the planet’s warming due to greenhouse effects, Seibt, who identified herself as a libertarian, dubs climate consciousness “a despicably anti-human ideology", and has even deployed Greta’s now famous “How dare you?” narrative to knock the outlook of German mainstream media and call for broader “realism” on the issue.

“She’s a fantastic voice for free markets and for climate realism", said James Taylor, who heads the Arthur B. Robinson Center for Climate and Environmental Policy at The Heartland Institute, a reputable libertarian think tank based in the Chicago suburbs.

The think tank is apparently hedging its bets on the German activist. Late last year, Heartland headlined Seibt at its forum in the framework of the UN climate conference in Madrid, where Taylor referred to her as  “the star” of the show, while last month, Heartland employed Seibt as the novel face of its campaign to question the scientific conclusion that human activity is harmful.

This week, Seibt is scheduled to make her American debut at the high-profile Conservative Political Action Conference, or CPAC, in Washington.

“Naomi Seibt vs. Greta Thunberg: whom should we trust?” asked Heartland in a digital video.

The opposition is on the surface, although Seibt herself says she would prefer not to be directly called “anti-Greta”, as it would automatically classify her as “an indoctrinated puppet".

While Thunberg made headlines with her solo protests in front of the Swedish Parliament calling governments to “panic like I do and then act”, her German antipode believes it makes more sense “not to panic, and think".

“I don’t want to get people to stop believing in man-made climate change, not at all", Seibt, who also shares right-wing skepticism about feminism and immigration, inferred.

“Are man-made CO2 emissions having that much impact on the climate? I think that’s ridiculous to believe", she went on to dwell on climate activists’ exaggerations, adding solar energy should be factored in no less.

According to Seibt, her political activism, including on YouTube, dates back to a few years ago, while at school, where she couldn’t agree with the common liberal stance on immigration. More recently, she said that watching youngsters join weekly Greta-inspired “Fridays For Future” protests triggered her opposition to climate change activism.