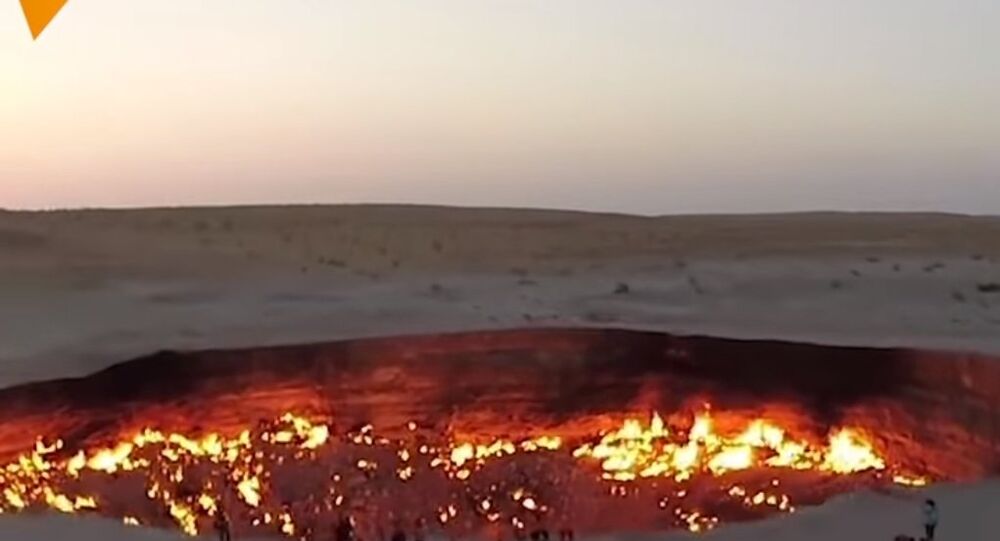 While our planet has no shortage of truly breathtaking and wondrous sights that attract thousands of tourists eager to marvel at them, there are also plenty of areas that are both terrifying and at the same time attractive, at least to some.

Here’s a brief list of some of the more famous of these natural “horrors of the world”.

The Darvaza gas crater is located in the center of the Karakum desert in Turkmenistan. While it was set on fire back in the 1970s, in order to prevent the harmful gas poisoning people and animals living nearby, and in the hope that the exhaust gas would run out after a few days, the so called “Gates of Hell” continues to burn to this day.

Situated on the northwestern flank of Mount Fuji in Japan, the Aokigahara forest (which already had a reputation of a home to ghosts of the dead) gained quite a bit of infamy in recent years due to becoming a popular suicide spot.

A submarine sinkhole on the coast of the Red Sea, the so called Blue Hole has a rather high diver fatality rate, with up to 200 people allegedly meeting their end in its depths.

The site’s infamy skyrocketed after the unfortunate demise of Yuri Lipsky, a 22-year old diving instructor whose final moments were recorded on a video camera he had on him, with the video later being uploaded online.

Warning: The following video is extremely disturbing and may offend sensibilities

An outflow of saltwater containing iron oxide, that comes from the Taylor Glacier in Antarctica, has a rather unsettling look to it, even though it was scientifically proven that it’s just a result of chemical reactions and not some sort of mythical “river of blood”.

Blood Falls Glacier ,due to the high salinity and iron giving it its blood color!! So creepy! pic.twitter.com/0cTbBG0A

The Ilha da Queimada Grande, also known as “Snake Island”, is located off the coast of Brazil in the Atlantic Ocean, and is inhabited by some of the most venomous snakes in existence, including some critically endangered species.

The island is closed to the public, with the only people allowed there being research teams.

Snake Island, Brazil - About 90 miles off the coast of São Paolo, Snake Island is one of the most dangerous islands in the entire world. The site earned its name due to its insanely high density of golden lancehead vipers; some studies report an average of 1–5 snakes per sq. m. pic.twitter.com/el6fM0Q2IU