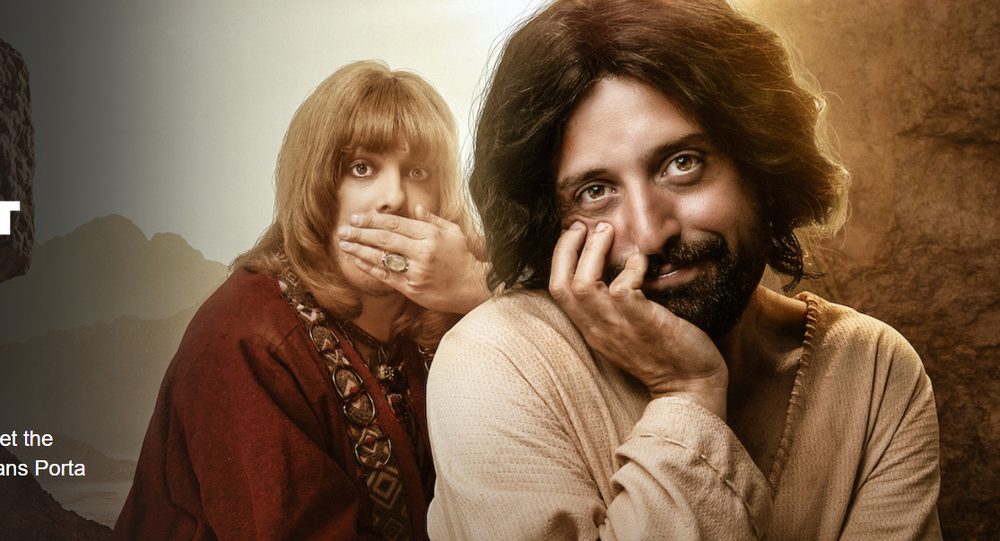 A Brazilian judge on Wednesday ordered Netflix to stop streaming a Brazilian Christmas satire film that premiered on the platform on December 3. The film has drawn widespread backlash in Brazil over its depiction of Jesus in a same-gender relationship.

The film, titled “The First Temptation of Christ,” was brought to Netflix by Brazilian comedy group Porta dos Fundos and has been heavily criticized by conservative Christians in Brazil. Porta dos Fundos’ headquarters in Rio de Janeiro were attacked on Christmas Eve by men in hoods with Molotov cocktails. No one was injured in the attack. A far-right group in Brazil, known as the “Popular Nationalist Insurgency Command of the Large Brazilian Integralist Family” later claimed responsibility for the attack.

“The consequences of the dissemination and exhibition of ‘artistic production’ ... are more likely to cause more serious and irreparable damage than its suspension,” said Benedicto Abicair, a judge in Rio de Janeiro state, according to the Brazilian newspaper Folha de São Paulo, also noting that removing the film from Netflix is “beneficial not only to the Christian community, but to Brazilian society which is mostly Christian.”

Abicair’s ruling came after a conservative, Catholic organization in Rio filed a legal complaint stating that the film “attacked the protection of religious freedom” by depicting Mary as a cheater, Joseph as an unintelligent individual and Jesus as a “childish homosexual.” The film has also been greatly criticized by Eduardo Bolsonaro, the eldest son of Brazilian President Jair Bolsonaro and a member of Congress, as well as other public figures in the country.

Netflix told the Associated Press that it would not comment on Abicair’s ruling.

More than 2.3 million people have already signed a Change.org petition urging for the film to be removed.

Catholicism is the largest religious denomination in Brazil, with around 64.6% of the population - or around 123 million people - being members of the church, AFP reported, citing the country’s 2010 census. In fact, Brazil has the largest Catholic community in the world.

According to a Netflix summary of the movie: “Jesus, who's hitting the big 3-0, brings a surprise guest to meet the family. A Christmas special so wrong, it must be from comedians Porta dos Fundos.”

Trump Shares Meme Claiming Jesus Would Prefer Him Over Obama