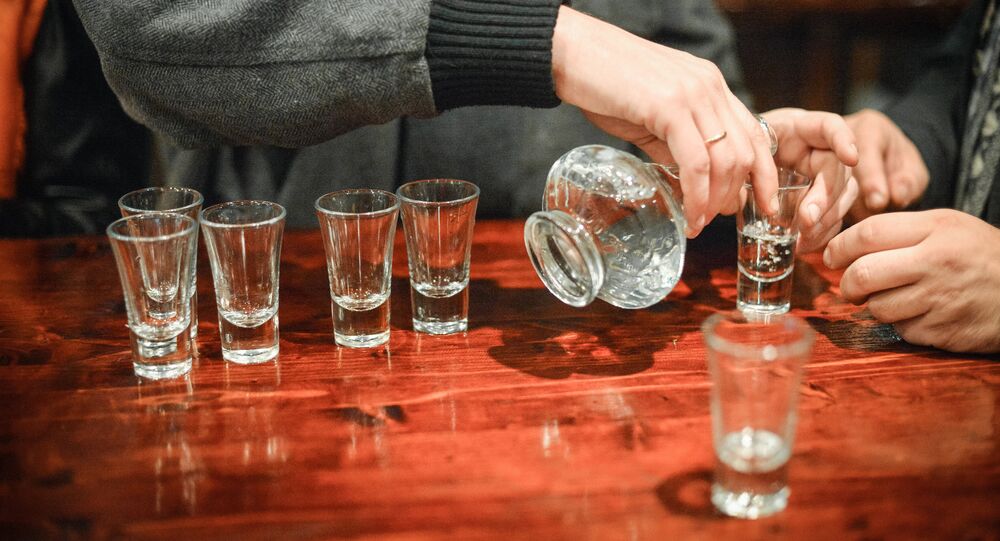 It doesn’t matter if one has had two glasses of wine or five pints of beer – a hangover is something that almost all of us have to deal with. Having one is a big problem, and curing it seems impossible.

A Russian homoeopath has revealed that the best cure for a hangover is to take small doses of sodium thiosulfate, a remedy that is used by members of Russian intelligence agencies. Doctor Mikhail Looschik claims that sodium thiosulfate absorbs alcohol, preventing intoxication. The substance is used to cure alcoholism – long-term use of it makes a person develop an aversion to alcohol.

Doctor Looschik warned against overdoing sodium thiosulfate, as in big doses it has side effects like diarrhoea and nausea. For those who prefer a less drastic solution, the homeopath advised drinking large amounts of water both while consuming alcohol and the morning after.

Scientists have long grappled with how to cure hangovers, but research has failed to provide a universal solution. What we do know is that it causes inflammation and dehydration, which in tandem create this horrible condition, ranging from splitting headaches and vomiting, to excessive thirst and muscle aches.

Here are a few tips that could help you, perhaps not get rid of your hangover, but at least minimise its effect:

Especially greasy food. The logic is simple – a full stomach slows down the absorption of alcohol into the bloodstream. Consuming fat food can also help the morning after. Germans, for example, resort to katerfruhstuck, or hangover breakfast in German, which includes rollmops, fillets of pickled herring wrapped around pickled fillings.

Here the logic is even simpler. To prevent dehydration caused by a hangover, one needs to drink water. The general rule of thumb is one glass of water for every drink.

That includes liquors, red wine, and whisky. They contain congeners that help provide flavour, but are said to contribute to hangovers.

Don’t smoke or do drugs at the same time

Combining things that can mess with your body is not something one should do, researchers say.

Whether you finished partying or woke up with a splitting headache, scientists say that the morning after you need to get plenty of sleep and, of course, we are talking about sleeping in your bed in a comfortable position and not hunched up on a bench or on a floor with dozens of friends lying next to you.