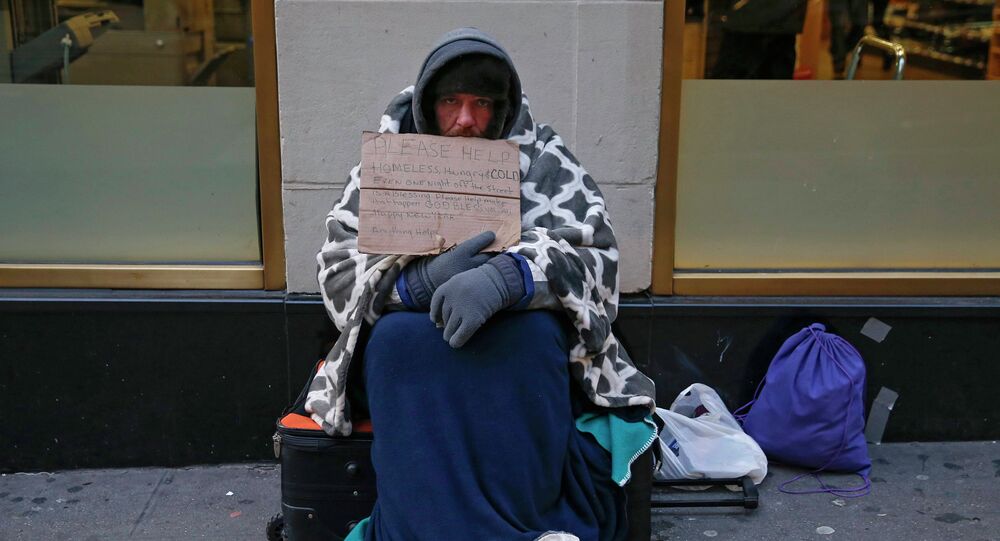 “The SOTA program provides one year's full rent up front for eligible DHS [Department of Homeless Services] clients to move within New York City, to other New York State counties, or to another state, Puerto Rico, or Washington, DC,” the NYC.gov page on the program explains.

The lawsuit accuses New York City of sending vulnerable residents to Newark, where they are forced to live in inhumane conditions.

“This case concerns an unlawful program of ‘coerced’ migration,” Newark lawyers said in documents filed in the US District Court in New Jersey on Monday.

According to Newark officials, the City of New York is “forcing SOTA recipients to accept the proverbial 'offer they can't refuse.’” Officials also accuse New York of breaking federal commerce laws by pressuring its residents to pick apartments throughout Newark hastily and through the SOTA Program paying the apartments’ landlords an entire year’s rent in advance.

Out of New York City’s population of about 8.5 million people, about 63,000 are homeless, according to the Coalition for the Homeless. That means that about 1 in every 121 New Yorkers is homeless.