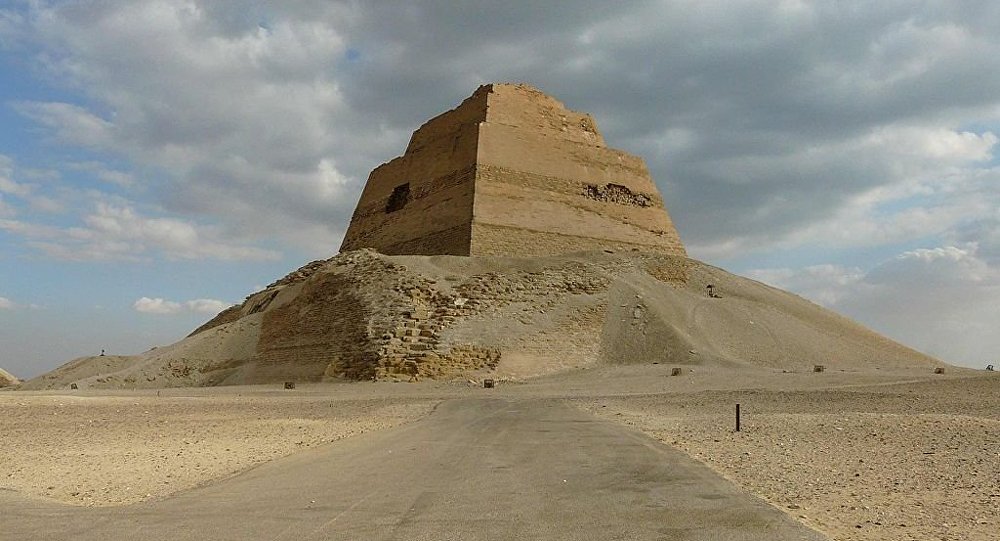 Egyptian pyramids have long been viewed as burial places, given the artefacts uncovered during excavation efforts, however, all scientifically curious relics lie on the surface, forcing specialists to even go dozens of feet underwater to make their breakthrough discoveries.

In Tony Robinson’s new Channel 5 show “Egypt’s  Greatest Tombs” Egyptologists  are shown climbing down ropes into a 20-foot-deep pit full of water following the discovery of some “mysterious opening.” After the pit, which the archaeologists claimed was hiding something special, was drained of water, Robinson abseiled down the giant hole himself, saying enthusiastically:

"Now that we're down here, it's clear this really is an entrance, even a doorway,” posing the question as though in disbelief:

The stunning discovery came along as Tony was visiting two leading scientists, Maria Nilsson and John Ward, who are currently excavating a site in Gebel el-Silsila, also referred to as the "Chain of Mountains" 40 miles north of the town of Aswan in Upper Egypt.

The origin of water flowing into the pit is something yet to learn, as "wherever this water is coming from, it's flowing in quickly through the mysterious opening," Tony remarked adding the lengths the ancient Egyptians went to plan "this inaccessible space" were overwhelming.

When the archaeologists, accompanied by Robinson reached the doorway, as soon as it became visible past the remaining water, they caught a glimpse of skeletal remains, broken pottery, and last but not least, a second opening.

"Look at it, what do you reckon would be in there?" Tony asked, with John responding that the alleged tomb is different from what they had seen so far, suggesting, judging by the sheer size of the space, that hundreds could have been buried in it.

Assessing the human remains mixed with relics right under his feet, the astonished Robinson uttered:

"And all their bits and pieces are mixed in beneath our knees, like human soup," Robinson shared, adding the idea itself that so many people "might be down here" is pretty "eerie."

Earlier this month, in Matthew Sibson's video on his YouTube channel Ancient Architects, the ancient Egypt enthusiast claimed he could have uncovered the "greatest ever" scientific evidence – notably from the 1992 excavation effort- of a concealed chamber beneath the Great Pyramid of Giza, which could have served as the final resting place of a famous pharaoh.

Pharaoh Khufu's tomb has long been shrouded in mystery since no body has ever been found on the spot, after decades of excavation work. Sibson has argued that the cavity beneath the pyramid floor could have been intentionally made, assuming that whatever was beneath the floor could have been deliberately closed up and "the pyramid's lowermost passageways were simply modified to hide it."